SCIENTISTS who accidentally drilled into a magma chamber under a volcano in Hawaii have broken the planet, it was confirmed last night.

The experts drilled an exploratory well 2.5 km into the earth's crust through the basalt lava fields of the Kilauea Volcano on the east of Hawaii's Big Island, though Christ only knows why.

By breaching the magma chamber the scientists punctured the earth and unleashed billions of tonnes of unstoppable molten rock, which you think someone might have thought about beforehand.

Seismic data and lava flow rates examined by a committee of Nobel Laureates suggest the planet will now slowly deflate over the next six months like a burst football as everyone is boiled in their shoes.

Oliver said: "People of earth, face your certain extinction with dignity and remember: heroes die, but they are remembered – for a while; cities fall, but they are rebuilt – although not in this case obviously.

"We will now hand you over to Morgan Freeman who will comfort you by slowly reading out the ingredients for his grandmother's recipe for chocolate chip cookies." 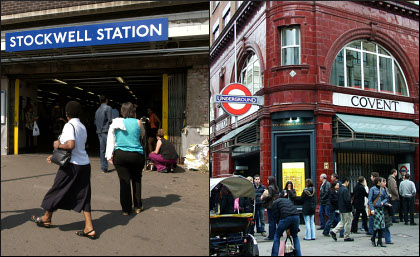 The Advertising Standards Authority received hundreds of complaints over the poster for the terrible film Righteous Kill, which carried the slogan, 'Sometimes it's okay to shoot Brazilians'.

But the ASA ruled that while it was clear that individual people had made the film, designed the poster and then decided to put the poster in Stockwell tube station, no-one was actually to blame for putting the poster there.

A spokesman said: "These people were forced to make a series of split-second decisions over a period of about six months."

But Tom Logan, a human rights lawyer, said: "There's a big sign outside that says 'Stockwell', which means it's very difficult to confuse it with any other tube station.

"Stockwell tube station did not ask for this, it was not acting in a provocative way, it was just going about its daily business of being a tube station.

"More importantly, the poster company had plenty of time to stop it and ask 'excuse me, what tube station are you?'.

"If it shrugs, looks a bit confused and answers you in Brazilian then you probably shouldn't cover it in a great big poster."