RESEARCHERS have discovered the pure atomic essence of stupidity.

The new element, named Moronium, reacts aggressively in an alcohol solution and explodes when exposed to libraries.

Professor Henry Brubaker, from the Institute for Studies, said: “Moronium may be the dark matter that makes up 80% of existence, working on the logic that four out of five people you meet are thick as mince.”

Although extremely common, Moronium is also an extremely difficult atom to isolate, due to its tendency to form stubborn polymers in places like social media and Birmingham.

Attempts to synthesise a single crystal of the element led to an explosion in the laboratory, causing all the researchers to become drummers.

Moronium is the most expensive substance known to man at over £25m a kilo. Professor Brubaker added: “That’s a really stupid price to pay for something that turns anything it touches into a nincompoop.”

Brubaker also believes Premier League footballers could provide a plentiful source of Moronium should Britain ever seek to create a nuclear powered dipshit.

Remi Garde not going to waste inspirational speech on these losers 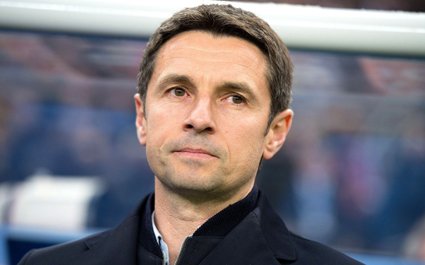 ASTON Villa boss Remi Garde is to save his inspiring words for players who deserve them, it has emerged.

The former Lyon boss admitted that attempting to motivate his current squad would be a waste of everybody’s time, unless he motivated them to seek alternative careers.

Garde said: “With the right words, almost any player can become a winner, unless that player has ‘Aston Villa’ written on their shirt in impossible-to-erase letters.

“Once I’ve bought them, I’ll tell them how their heroics will lift not just a stadium but a whole city. I’ll tell them how children will be named after them, how statues will be cast in bronze outside Villa Park, how they’ll never have to pay for a drink in this town for as long as they live.