AN historic agreement last night brought the world one step closer to ending the insanity of having several different kinds of mobile phone charger.

Decades of intense charger rivalry were put aside at the United Nations as delegates agreed a road map towards a standard charging pin and socket for all phones by 2012.

Ban Ki-Moon, the UN secretary general who cut short a trip to Gaza to attend the crucial session, hailed the agreement as a 'pivotal first step' towards confronting 'the defining challenge of our age'.

Pope Benedict staged an all-night vigil at the Vatican holding a Sony Ericsson X1 Xperia and a Samsung F480 Tocco, both of which expired at dawn while the Pontiff tried to attach them to a Nokia charger.

Mr Ban said: "Today the world's mobile phone companies have spoken with one voice, but only because they all brought their own chargers with them.

He added: "Soon every mobile phone user will be able to say 'yes of course you can borrow my charger because it is the same as yours' and they will embrace and know that they are brothers.

"Unless of course one of them has one of last year's Motorola Razr phones which are really starting to look very naff and outdated."

Meanwhile Charles Ndinka, a malaria sufferer from Rwanda, said: "I am filled with the joy of Our Lord. Never did I think I would live to see the day when all the little plugs and all the little holes were exactly the same.

"This will certainly help a lot more than supplying my country with clean drinking water and a primary school."

Scientists In Race To Discover Particle No-One Else Cares About 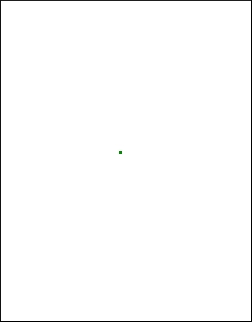 EUROPEAN and American scientists are locked in a thrilling neck and neck race to discover a profoundly important particle that no-one else cares about in the slightest.

Experts say the Higgs boson, also known as the ‘God Particle’ in a failed bid to make it interesting, could hold the answers to the universe but not to why banks have got £500bn of taxpayers’ money but still can’t lend any of it.

US team leader Dr Bill McKay said: “I’m not sure what we’ll do when we find it. Personally, I think we should paint it.”

But the European team based at the Cern institute in Switzerland insist the particle is absolutely fascinating and has hired scriptwriters from hit US drama The Wire to help them describe it to the public.

Professor Stephen Malley said: “A Higgs boson, Jimmy. It’s the shit that happens while you wait for moments that never come.”

He added: “Bitches, I asks you, how fucked up is that?”

But Julian Cook, an unemployed marketing director from Swindon, said: “Can I get a job selling this Higgs Particle?

“Who is is your typical Higgs Particle buyer? What colours does it come in? How much does it cost? Will it make my cock bigger?”

Tom Booker, an unemployed graphic designer from Guildford, added: “Will the Higgs Particle do any of the following? (a) bring world peace, (b) create limitless amounts of clean energy, (c) cure cancer, or (d) make my cock bigger?

“If it’s none of those things then I am going to need you to shut up about it.”