EASY-GOING slow computers don’t get why everyone is swearing at them.

As research claims that uncooperative computers are the biggest source of stress, computers said everyone should just take a chill pill.

Ageing workplace PC Tom Logan said: “You want me to open Photoshop and that’s cool, I get that.

“But there’s more to life than hurrying from one application to another, especially if I’ve already got a couple of windows open.

“I know it’s 4.55pm on a Tuesday but instead of worrying about leaving work on time let’s just relax and share a moment.”

It continued: “When I was newer I was much more of a workaholic. I just couldn’t process information quickly enough.

“Now though I’m nearly two, I’ve had a couple of viruses and half a dozen desktop rebuilds. I’m more philosophical.

“I remember the first time I crashed in the middle of saving something, it really freaked me out.

“But now I just see malfunctioning as a part of everyday life.”

36-year-old graphic designer Nikki Hollis said: “Where can I insert this screwdriver that will actually hurt it?”

I am just dreadful, admits Paltrow 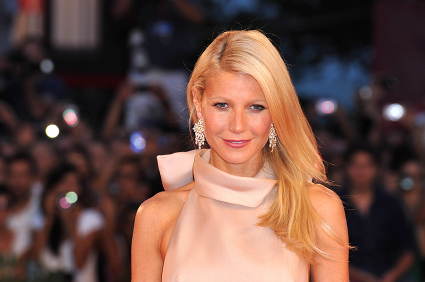 GWYNETH Paltrow has admitted she is jaw-droppingly ghastly and awful.

In an interview with Glamour magazine the Oscar-winning actress revealed she is beginning to understand why she makes everyone want to vomit themselves inside-out.

Paltrow said: “In a few moments I am going to utter this exact sentence – ‘I drive the kids to school, I cook. But I have a nanny, so if I need to go to Dubai for Max Factor, then I can’.

“I’m not stupid, I know how that makes me sound, but I’m going to say it anyway, because I’m unbearable in every single way.”

Moving on to her love of motherhood she added:  “I drive the kids to school, I cook. But I have a nanny, so if I need to go to Dubai for Max Factor, then I can.”

She added: “Yeah, I can really hear it now. Jesus Christ, I’m a nightmare.”

The interview was accompanied by a series of photographs which Paltrow agreed made her look like a total and utter pain in the arse.