Speculation continues over what the fourth G is

THE precise nature of the ‘fourth G’ has sparked a new round of speculation among smartphone host bodies.

Whatever 4G is will be launched in September and experts have warned that many 3G shiny things could be abandoned or more likely placed in a bag with a brick at the bottom and thrown into a river.

Previous theories that the latest G stands for ‘Gandalf’  or that it is simply a letter ‘G’ made from wood that you wear as a pendant have been dismissed.

But iPhoneist Wayne Hayes said: I think the 4G will mean Ill be able to phone famous people from throughout history, but Im hoping it will give me the power of invisibility.

I want to go on record as saying I will use my new G for good rather than evil, whatever it turns out to be. With four Gs comes great responsibility.

The forum MyShinyThing.com has been awash with theories about the new G, with suggestions ranging from increased sexual potency to the ability to create real-time in-message message messages.

One user, Sheeple69, claims to already have 4G working on a phone his father bought in America, but when challenged said it was at his nans house and he had signed a privacy agreement with NASA.

It is hoped the launch of a new G will boost the economy as new shiny things are purchased to accommodate all available Gs, with 17 more Gs to be introduced over the next two years.

Hayes added: I cant remember a time when my phone didnt have Gs but Im sure that when it has four I will finally, truly be happy. 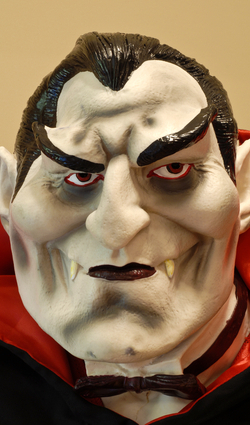 PARENTS want their children to be force fed the classics of English literature until it makes them seriously ill, a survey has shown.

Research by the Institute for Studies revealed parents are eager for their children to have an in-depth knowledge of the books they spent their school years defacing with ejaculating male genitals.

Professor Henry Brubaker said: Parents have a real passion for the classics, possibly due to having forgotten what a contrived pile of wank Great Expectations really is.

However, because theyve not actually read them, most parents have only a vague recollection of what the classics are. This leads to demands that their children read To Kill A Mocking Tree, Pride and Dracula and Tess of the Baskervilles.

One parent said her daughter’s education would not be complete without The Flying Piper of Hamlet.

Professor Brubaker said that even when a book was correctly identified, there was confusion about its content, with most parents believing that Nineteen Eighty-Four was about political correctness.

In fact I think they should turn all the classics into one massive book, A Tale of Silas Marners Animal Farm, that makes children cry just thinking about it.

Mother of two, Nikki Hollis, added: I intend to introduce my children to all of the classics, starting with The Wire.