NICK Clegg has pledged that the Stonehenge road tunnel will be a very mystical experience.

The self-styled deputy prime minster reassured worried druids by claiming the road will be a portal to the mind of Merlin as well as a dual carriageway.

He said: Shimmering, white robed figures, who seem almost real, will wave at you slowly while beaming their ancient wisdom directly into your brain.

And if you wind your window down you may even hear some kind of weird, ancient music. Possibly made by a gong.

Youll have to drive very carefully, because trust me, you are going to lose your shit.

Clegg added: This is the merging of ancient and modern engineering. You can contemplate both the ageless mystery of the Henge and why you’re in such a hurry to get to the Homebase in Andover.

Druid Julian Cook said: Communing with Merlin in a tunnel will be very mystical. Plus, I have a Volvo XC90 which can hold seven druids if two of them are quite small.

All drug-related crime ‘basically the same as Breaking Bad’ 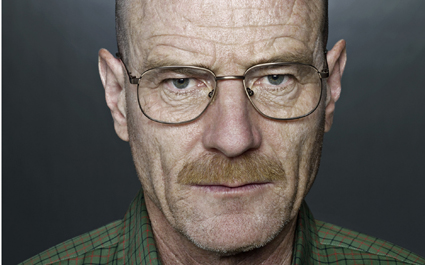 ANY real-life situation involving illegal drugs is like something out of Breaking Bad, according to newspaper editors.

Media executives confirmed that coverage of any drug-related crime must contain at least one reference to the hit US show, ideally showing a picture of the culprit alongside an image of main character Walter White.

Editor Roy Hobbs said: “Yesterday a 17-year-old girl got busted smuggling a load of pills into the UK. That is so similar to Breaking Bad it’s uncanny.

“In fact it’s practically the same story except the protagonist is younger and female, not a teacher, smuggling drugs not making them, involved with a different type of drug and living in a different country.

“Truly this is life imitating art.”