The best places to make an obnoxious hands-free call

DO you love shouting inanely into thin air while doing your supermarket shop? Here are some other great places to ‘multitask’ in annoyingly.

Ill people are rarely feeling their best and may be experiencing anxiety. Add to it by talking loudly about your own symptoms or something terrifying such as a person you read about who died of toenail cancer.

Buses are basically big moving boxes full of misery. So why not shout aggressively into your phone about some work aggro like ‘Tina’s useless. FUCKING USELESS…’, or just anything that will generally depress people?

In a public toilet

There are two things you should be doing in a public toilet, and neither of them are having a long chat with a friend about whether you’ve got cystitis or your tights are just too small.

Gyms are hideous enough as it is, but you can make it even worse for everyone with a hands-free call that you shout over the loud, pounding music whilst running on a treadmill. Bonus twat points if it’s your lunch break and you’re talking about ‘business’.

Places where the dead go to sleep forevermore should be tranquil. No grieving person wants their graveside visit accompanied by your blow-by-blow account of Eastenders’ latest gruesome Christmas murder storyline. 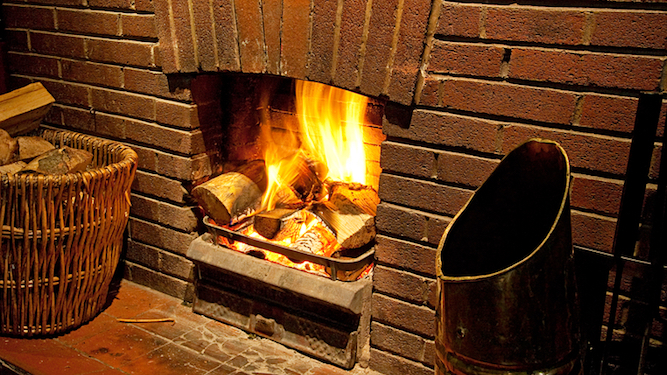 PEOPLE who spend hours making a fire have been reminded they could just put the bloody heating on.

Owners of open fires have been urged to give up battling with kindling, coal and logs while insisting ‘It’ll be worth it!’ as everyone freezes their tits off.

Donna Sheridan, who has been waiting for her husband to light a fire for three hours, said: “I wanted a gas fire but apparently sitting in my coat all night watching someone dick about with a lighter is much better.

“He’s piling up bits of wood and coal like he’s Bear Grylls or something. Then when he finally gets it going he’ll make us all go and look at it.”

Psychologist Norman Steele said: “Man’s fascination with fire dates back to caveman times when it was a matter of survival, not just having a trendy little wood-burning stove so you can feel middle class.

“So when someone builds a fire today, it’s a lot like hunting a woolly mammoth. That’s what dads think, anyway.”

Sheridan’s husband Gary said: “There’s no substitute for a real fire for the ambience and creating a focal point in the room. Oh sod it. I just like burning stuff.”