Tim Peake bored out of his skull

SPACE is so incredibly boring, Tim Peake has confirmed.

After running along with the London Marathon on a treadmill in the International Space Station, the astronaut admitted he had absolutely nothing else to do.

Peake said: “If I have to marvel at the Earth’s breathtaking beauty one more time I’m going outside without my helmet.

“I don’t have a whole lot of leisure options up here. I can either float in one room or float in another.

“I wish I’d brought some games, like KerPlunk or Buckaroo. The little bits would float around when the horse ‘bucked’, but retrieving them all would have used up half a day.”

He added: “I’m considering pulling some wires out just to make things a bit more exciting.” 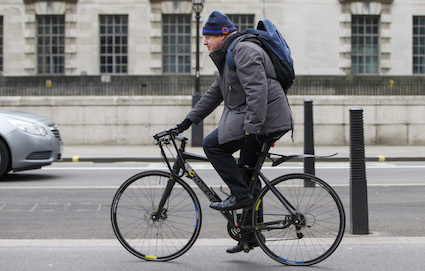 BORIS Johnson has escalated his war on Barack Obama by claiming the US President stole his bike.

The massive blond-haired child says the President ‘made away’ with his £600 Boardman Hybrid in the early hours of Saturday morning, assisted by members of the Secret Service.

Writing in the Daily Telegraph Johnson said: “Something in his Hawaiian ancestry clearly made him yearn to own an 18-speed pushbike owned by a gentleman of quality.

“The balmy climes enjoyed by that island race are ideal for a spot of cycling and no doubt his inner passions got the better of him.”

Johnson added: “If only he had availed himself of one of those hire bikes that may or may not have been introduced by Ken Livingstone but which, rightly, bear my name.”

Meanwhile, police have recovered what they claim is Johnson’s bike, having found it hidden under a tarpaulin 50 yards from his house.

A Metropolitan Police spokesman said: “We get this a lot with children who want new bikes.”