Tim Peake’s friend feels his weekend news has been overshadowed

ASTRONAUT Tim Peake’s friend has struggled to match his weekend news during a call to the International Space Station.

Peake’s best friend Julian Cook phoned the space station to see what he had been up to lately.

Cook said: “Apparently he’s been floating in the vastness of space, repairing a damaged power unit while 250 miles above the earth. But then the other astronaut’s helmet filled with water, leaving them in a desperate race against time to get back to the airlock.

“I said that I went to see The Revenant on Saturday at the new cinema in Bristol. He was like ‘oh, was it good?’.

“I said it was very gripping and that we went for an Italian after, but the service was a bit slow. To be honest though I felt like he wasn’t that interested.”

Cook added: “These days you can’t get through a conversation with Tim without him banging on about space. He’s a good guy but very wrapped up in his job.

“Walking in space sounds impressive but really it’s just like wandering around at night while dressed as a giant frog. I don’t even think they’ve got proper telly up there, they just watch DVDs, so it’s probably quite boring.”

Snowfall in unimportant 70 per cent of country may hit London, forecasters warn 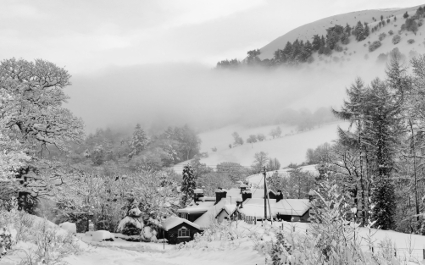 THE snow which has hit Scotland, the North and parts of the Midlands could affect areas that matter, forecasters have warned.

The Met Office said snow could soon be landing on the cars and homes of people earning at least six figures.

Julian Cook, from Richmond, said: “You see it on the news in these faraway places like Doncaster but you never dream it could happen to you.

“We’re talking third-world conditions with impassable roads, the Little Waitrose closed, and flourless chocolate cake off the menu at your local gastropub.”

Bill McKay, from Chester, said: “We’ve been asked if we could lie in the path of the snow and melt as much of it was we can with our body heat before we expire.

“I for one will die happy if it means that Surrey can be spared.”