Transplants from poor people to dogs 'a reality'

Surgeons have successfully transplanted the heart of genetically-modified 38 year-old vagrant Wayne Hayes into Tizer, a 12-year-old female labrador with a warm personality.

Experimental vet, Martin Bishop, said: “The procedure could extend Tizer’s life span by as much as six months, which is three-and-a-half years in dog terms.

“She’s quite an elderly dog but you can see the gleam has really come back to her coat and nose.”

He added: “Some find the idea of their pet’s vital organs being replaced by those of a homeless person objectionable, on moral or religious grounds.

“Personally I think if we can keep dogs and cats alive longer then it’s a small price to pay.”

Bill McKay, whose remains are currently in an open skip waiting for an opportunistic kebab shop owner, had been injected with terrier DNA to shrink his organs to a more dog-like size. 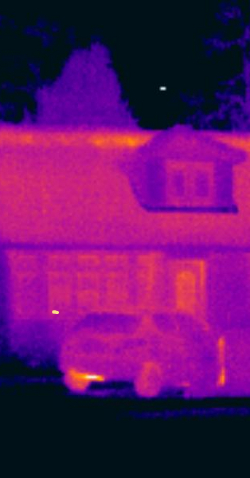 FOOTAGE from a thermal imaging camera has proved that capitalism is not actually working.

When the camera was pointed at offices and factories across Britain it showed they were completely deserted.

And thermal images of millions of homes proved that while they may contain dozens of electrical gadgets no-one can now afford to switch them on.

Professor Henry Brubaker, of the Institute for Studies, said: “We also found that when you point the camera at some sheltered housing the only thing that shows up is the tepid bowl of economy-brand tomato soup that is about to be consumed by a pale blue pensioner.

“We were told that capitalism would deliver prosperity, but whenever I point this camera at something I can’t seem to find any.”

He added: “That said, whenever I point it at one of the those shiny buildings in the City of London you can see lots people being very busy, but then you think ‘it’s half-ten at night and you’re still in there accumulating money you don’t need, you pathetic little shits’.”

Meanwhile, Occupy London protestor, Tom Logan, said: “Why shouldn’t I go home of an evening? Just because I think bankers get paid too much, doesn’t mean I don’t like telly.”

He added: “I don’t see the editor of the Daily Mail protesting outside Westminster all night for his fucking referendum. He writes his twitchy, barely coherent drivel and then gets chauffeured home at tea time.

“And apparently, if you turn the thermal imaging camera on his house you can see Melanie Phillips taking a dump on his chest.”