A ROW about an obscure thing normal people do not care about has been raging in the Twittersphere for almost a week.

The argument has generated thousands of heated responses from social media obsessives and the usual 40 influential Twitter people who surely have better things to do with their time.

“This tsunami of a Twitter storm is clearly very important because there’ve also been tweets from Gary Lineker, Julia Hartley-Brewer and the bloke Alan Partridge said ‘Smell my cheese!’ to.

“I hardly need repeat what was in the original tweet because unless you’re a hermit who doesn’t monitor Twitter second-by-second you’ll know exactly what I’m talking about.

However pensioner Mary Fisher said: “Twitty what? It’s not raining, is it? Excuse me, I have to go and buy some sausages for our tea.”

Fan fury as footballer looks up while being abused 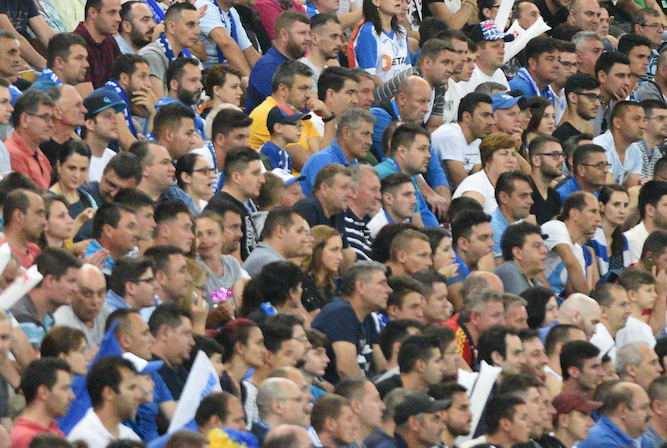 THE Football Supporters’ Association has complained after a player made eye contact during a chant about his whore mother.

The unnamed Premier League player, who is believed not to play for Manchester United because why would the crowd kick someone who was already down, is accused of provoking a riot by noticing the concerted abuse.

Fan Tom Logan said: “It is simply irresponsible for a highly-paid professional to taunt fans by deliberately hearing accusations that his mum does it for fags with sailors.

“By casting his eyes across the crowd he as good as tore up those seats and threw them at police himself, and should be charged accordingly.”

The controversial glance follows an incident where a top-level player was hit by a sharpened coin and blatantly displayed his bleeding wound to the crowd, for which he was fined £265,000 and banned for three games.

An FSA spokesman said: ”Footballers earn millions of pounds every year from us, the fans.

“In return, all we ask is that they play brilliantly, never go out, remain utterly loyal until unceremoniously ditched, be perfect role models and soak up all the abuse that we throw at them. And their wives. And their pets.”