AN uncle who gave his nephew’s Christmas drone a sneaky test flight is worried he might not get it back without complications.

Joseph Turner of Crawley thought he would give the £65 drone “a quick go” but lost control and is unsure where it went, other than near “a big wide empty road”.

He said: “If I’ve scuffed the casing, I can probably get the marks off with a damp cloth. But it could be considerably worse than that.

“The camera’s not that great – it looked better on the box – but I got the impression it might have flown into the general area of Gatwick. Where all that fuss is. I hope it’s not related.

“At least with all the policemen everywhere one of them’s bound to find it, but the danger is I won’t get it back before the 23rd, which doesn’t leave time to charge the battery and get it wrapped.

“Anyway, it definitely works. I think Jack will have lots of fun with it. If the worst comes to the worst I’m pretty sure you’re allowed to send presents from prison.”

He added: “I’m probably in the clear because they say the Gatwick drone flyer could be an eco-warrior. Well that’s not me. I barely recycle.”

The Waitrose shopper's guide to an Iceland shopper's Christmas 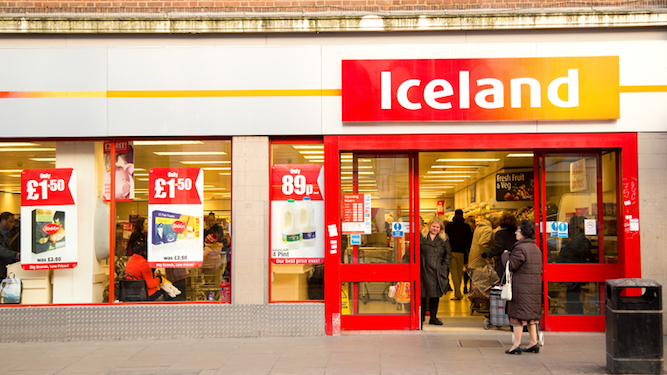 SADLY even the most discerning Waitrose customer may be forced to attend a Christmas party hosted by the sort of people who shop at Iceland. Here’s what to expect.

An Iceland shopper’s party will be replete with strange food items such as miniature pizzas in the shape of a Christmas tree that you will be expected to dip in ‘BBQ’, sweet chilli or possibly mushy pea sauce.

Take a resealable freezer bag in case you are required to discreetly throw up.

Your hosts are likely to eschew Trivial Pursuit in favour of a bawdy, animalistic game of Twister, or maybe just go into the back garden for a few rounds of bare-knuckle fighting.

It’s unlikely your hosts will want to talk about Goethe or the latest Tate Modern exhibition. Here are some plebeian conversation starters to help you fit in:

● “Why, this microwave doner kebab spring roll is simply sublime!”

● “I hear the football’s doing very well at this time of year.”

● “I share your concerns about immigration. Our au pair never hoovers under the bed.”

If it is a sit-down meal (heaven forfend!) expect some faux-traditional horror like cheap pork surrounded by ‘salmon and chestnut stuffing balls’ with orange gravy, all of which your hosts will consider unsurpassably ‘posh’. Make it more bearable by pretending you’re taking part in an interactive Mike Leigh play.

We all pray the only time we’ll experience an Iceland Christmas is on the television, but their adverts make it clear that a D-list celebrity always attends.

Keep your eyes peeled because the evening will be frightful enough without being stuck in a corner with Myleene fucking Klass.