USERS of vapour cigarettes have a significant chance of being vapourised themselves.

Electrical feedback causes users to become negatively charged over time, resulting in a short circuit which completely vapourises the body and leaves only a pair of smoking shoes.

Joanna Kramer of Blackpool said: “One minute my husband was sucking on his stupid e-cigarette, the next moment there was a blinding flash and he was nothing but a dissipating column of ions.

“If I’d known this would happen I would have kept him on the fags. At least with cancer you get a few months’ warning.”

Similar events are being reported around the country, with taxis suddenly left driverless and nightclub doors unmanned as vapers vanish, leaving only the haunting odour of liquorice, vanilla or Hawaiian Fruit Punch on the wind.

Scientist Dr Helen Archer said: “Given what we know, it’s possible that if two charged vapers came into physical contact the resulting implosion would probably destroy a town the size of Portsmouth.

“There’s little chance of that, however, because vapers are solitary people who prefer the narcotic kiss of machine-delivered nicotine to the touch of a human.”

How to pretend it’s still summer 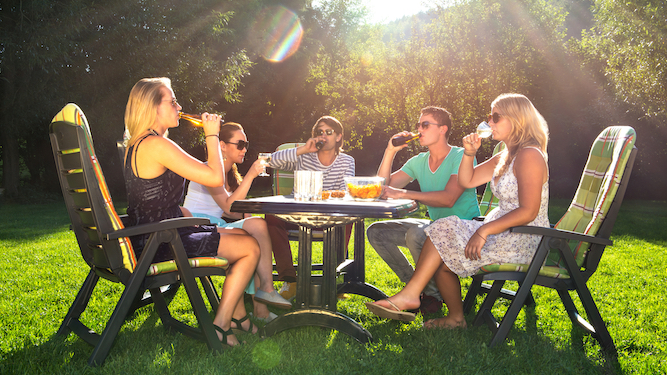 SUMMER’S over. Sorry, but it is. If you want to recreate that summer feeling though, try these fail-safe tips.

Turn on the heating

As the Lemsip-fueled misery of autumn starts to set in, those balmy August evenings seem like a distant memory. But if you fire up your radiator you’ll be basking in your own tropical microclimate in no time. Chuck on a pair of shorts and a fashionably distressed straw trilby and you might as well be back in the south of France. The bosses at EDF will appreciate you doing this, too.

Complain about tourists
Summer wouldn’t be summer without shuffling through crowds of tourists trying to take a selfie. And while they’ve all buggered off back home, this doesn’t mean you can’t still bend the ears of your colleagues and loved ones by whingeing about them. You’ve probably built up a stockpile of fascinating anecdotes where a Spanish schoolkid got confused by a ticket barrier, or a Frenchman dared to stand on the wrong side of the escalator. What a pain in the arse.

Pay for ludicrously expensive journeys
Being charged a couple of grand for a long weekend to Gran Canaria did seem pretty extortionate when you booked the flights. It’s as if airlines know what they’re doing. But isn’t forking out eye-watering sums of money part of what summer’s all about? You can get the same thrill without going abroad by riding a taxi on a bank holiday or hopping on a South Western train at absolutely any time.

Have a family argument
Endless car journeys spent with your bickering kids and your partner’s cold shoulder are a summer staple. Sure, you could wait until Christmas for your next familial bust-up, but that’s months away. Best to wring out the last drops of summer by blowing your top at something completely inconsequential like beach sand finding its way into the car or your travel money’s wildly fluctuating exchange rate.