Ways the Metaverse will be worse than real life

WILL Facebook’s exciting new online world be a digital oasis? Or a bit of a disappointment that’s increasingly a chore? Let’s look at the evidence.

The same people will use it

You can upgrade the technology but not the drongos you’re somehow Facebook friends with. If you think this new digital dawn will stop Alan posting pictures of his Mazda coupe or that Auntie Sandra is going to realise motivational memes like ‘Limits only exist IN YOUR MIND’ are subnormal platitudes, you’re wrong.

You’ll be more connected than ever

Being glued to your smartphone is bad enough, but now you’ll be connected to your friends and family 24/7 via ridiculous goggles strapped to your face. You’ll start taking an unnecessary number of showers just to tear them off. But not stop wondering if anyone has liked your hilarious quip about socks going to a different dimension.

Unless virtual reality can achieve Matrix levels or realism then it shouldn’t bother. Claiming that the Metaverse is the future of social interaction is hard to believe if the graphics are only marginally better than those on a Nintendo Wii. At least in Knightmare you got to unconvincingly climb onto a dragon.

None of your friends will be on it

All your friends abandoned Facebook years ago when they realised it was full of their mums and stalking their exes wasn’t healthy, so they’re probably not going to return to experience the Metaverse. You’ll just be sitting on your couch wearing goggles by yourself. Social interaction at its best.

Nick Clegg will be there

The former leader of the Lib Dems is a high-up at Facebook, so do you really want to hang out where he’s going to be? If you bump into Nick’s digital avatar you’ll want to run off because he talks like a Silicone Valley android now. Still not as cringe-making than his apology video, though.

Six spooky stories that are bollocks when you think about them 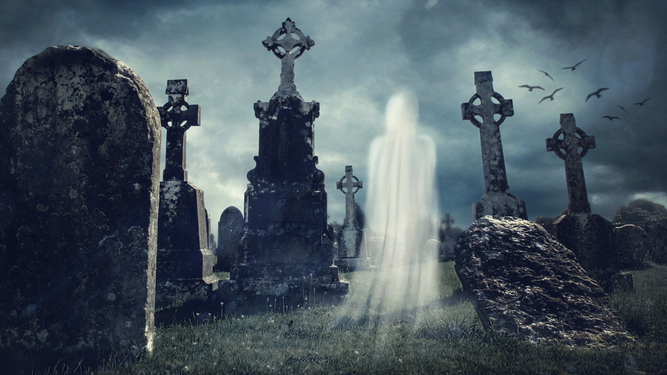 GET in the mood for Halloween with these spine-chilling tales. Just don’t think about them too deeply or you’ll realise they’re bollocks.

Whenever she’s seen, a death occurs. And that’s true. However there are thousands of grey, white and black ghost ladies in the UK – even the smallest villages have one – so we should be more worried about daily Grey Lady fatalities than Covid deaths.

The killer in the backseat

A female motorist is pursued by a car or lorry at night. After escaping, it turns out the driver was trying to warn her about a killer in her backseat! Problem: did the woman not once look behind her? A grown adult can’t really hide in the back of a car. She deserves a knife through the shoulder blades for being such an unobservant cow.

The ghost who lures people to their death

Often a spectral boatman who draws people into marshes with a lamp where they drown. Precisely what satisfaction he gets from offing innocent strangers from a different century night after night isn’t clear. Perhaps you just turn into a time-wasting arsehole after you die.

Slenderman is spooky because much is left to your imagination. However he features on the user-written horror site Creepypasta, where the scariest thing is dumbass American teenagers’ appalling grammar, spelling and inability to describe anything without using cliches.

It’s a nun/highwayman/noblewoman who was bricked up behind a wall/cruelly betrayed/had a doomed love affair, and now they wander the earth/seek revenge/cause footsteps in old buildings. People who make up ghost stories should show a bit of originality now and then, eg. a ghost who moves with the times and kills people with a power drill.

Someone asleep in bed is visited by their grandma strangely late at night. The next day they assume it was a dream until their mother comes in, crying. GRANDMA DIED AT 2AM. Well we’ve never heard anything like this before! /sarcasm. She had to die sometime anyway.