Wearable tech allowing man to pretend he’s not showing off

A MAN whose GPS sports watch automatically uploads his run times to Facebook has claimed he didn’t know it was happening.

Stephen Malley kept suspiciously quiet about the wearable technology he bought several weeks ago and has pleaded ignorance about the reason his fitness statistics keep appearing on Facebook.

Malley’s colleague Nikki Hollis said: “He never mentioned his new sports watch, but he did ostentatiously pull his shirt cuffs up whenever we were in the kitchen together, presumably so I would be impressed by the large ugly device on his wrist.

“Then the times and distances of his runs started appearing on Facebook. When someone asked Stephen about it, he said he couldn’t figure out how to stop it happening and it was actually really embarrassing.

“I mentioned that I thought it was unlikely that someone who can write computer code couldn’t change the settings in an app and he got really huffy with me.”

Professor Henry Brubaker of the Institute for Studies said: “People who post things like this to Facebook are insecure idiots. However, they shouldn’t be discouraged from it as it makes it helpfully clear who are the bellends.”

Man takes off Monday to spend time with roast leftovers 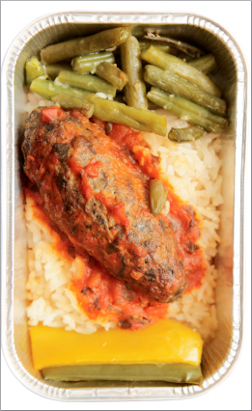 A MAN has called in sick today so he can properly enjoy the mountain of roast lamb and vegetables in his fridge.

After deliberately forgetting that he was cooking for two people rather than 12, Wayne Hayes and his partner, Emma Bradford, finished a fraction of the food before wrapping it carefully in 34 tinfoil parcels.

Hayes said: “I made bubble & squeak for breakfast, obviously, and now I think I’ll just relax for the rest of the morning on the sofa with a hot mug of gravy and a plate of dipping parsnips.

“I’ve got a load of episodes of Saturday Kitchen recorded so it’ll be nice to curl up in front of those, while marvelling at my ability to make gas.”

Hayes has told his workplace that he cannot make it in today due to an upset stomach, an excuse he insists is factually accurate as he feels his stomach would be traumatised if he did not pop cold lamb into it at regular intervals.

Meanwhile, Bradford has taken a salad into work in a bid to feel less bloated, rejecting Hayes’ suggestion that chopped-up pigs in blankets would make a good topping.