'Why’s the sky blue?' and other arsehole questions from kids

CHILDREN’S curiosity is a wonderful thing, until you’re required to provide the answers. These basic questions will baffle you:

It’s a big ball of fire. But how is it burning? You could wing it and hazard a guess that it’s, like, a big ball of petrol? Or you could Google it and waste both your and your child’s time as you both fail to understand nuclear fusion.

You’re pretty sure it has something to do with some kind of gas? Maybe ozone? But a cursory check reveals it’s something to do with light wavelengths and any attempt to explain will out you as both ignorant and thick. If only you were religious and could say ‘because that’s how God made it’.

How do phones work?

Dread the day when your child eventually demands to know how a small piece of metal and plastic can contain every episode of Paw Patrol and Peppa Pig. Because you’ve let this miracle appear within the span our your lifetime without ever wondering how it’s transpired. Just keep repeating the phrase ‘computer chips’.

What happens when we die?

It’s the existential questions that has troubled theologians, philosophers and scientists for millennia and – one thing’s for certain – you are absolutely not going to bring any new insights to the table. Better to sugar-coat it for now and claim that you go to heaven, like their hamster did.

How do planes stay in the sky?

You know that it’s because of their wings and engines, but the moment they ask how those work you’re shafted. After a few minutes of feeling atrociously out of your depth looking at various graphics describing wing-shapes and air-flow, your best bet is to give the kid crisps to distract them.

The PR princess and the big fat disaster capitalist: a fairytale romance for British children 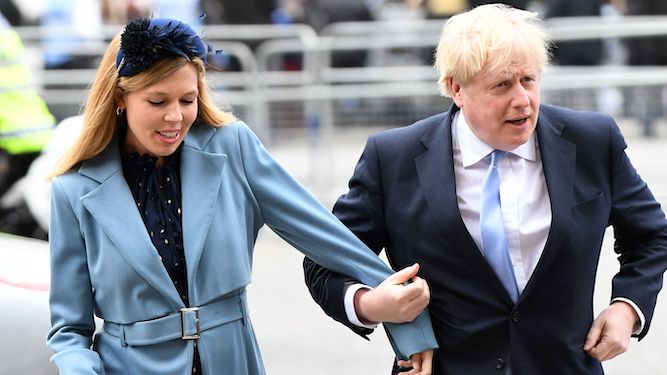 ONCE upon a time, in the United Kingdom of Britain, there lived a man who had everything but for whom it was not enough.

Boris was handsome, rich, popular with the people, married with four wonderful children and the Mayor of London, but still he yearned to shape the destiny of his country, to achieve global fame, and to bang someone younger.

One day Boris was polishing a lamp when a genie sprang out! A data genius called Cummings.

‘Boris’, he said, ‘I can grant all your desires with a magick called Brexit. If you make all the people believe in Brexit they will forgive you anything, even walking out on your wife and kids for a blonde piece.”

Boris belived Cummings, and together they fashioned a Brexit that enchanted the whole country, and a young blonde named Carrie appeared magically, as if in Tory employ.

Soon Boris was ruler of all the land and, as Cummings had promised, the moralistic family-focused Conservative party and media did not care in the least that he had left his wife for a woman 23 years younger, nor that she was pregnant out of wedlock.

Meanwhile Carrie, for so she was called, was in love with the man of her dreams: powerful, charismatic, unconcerned with household budgets. But she distrusted Cummings and wished to break his malign spell.

Thanks to her womanly magicks Cummings was fired and his own enchantments turned on him, for all his evidence to a select committee was as nothing and melted into air.

And so the wonderful day came when Boris and Carrie wed, and the whole nation gazed upon their perfect love and not one soul doubted that it would last forever.