Windows 7 To Include Punch-Screen Technology

MICROSOFT has confirmed that its new Windows 7 operating system will allow users to interact with their computer by punching it in its bastarding face.

The software giant said it had invested hundreds of millions of dollars in state-of-the-art features which will help users communicate their rage in a physical way which the computer can then analyse and respond to, instead of just designing a programme that was not a frustrating, overpriced sack of shit.

IT expert Tom Logan said: "Windows 7 will offer real-time, multi-platform cross-functionality, which basically means it will be useless not just on your PC and your laptop, but on your mobile phone as well.

"But the key difference from Microsoft Vista is that it will let out pathetic, hitch-pitched yelps when you batter it repeatedly with a shoe."

Logan added: "If punch-screen is a success we could eventually dispense with the keyboard and mouse altogether and you'll be able to accidentally wipe all your files just by screaming at the monitor and waving your arms about like a maniac."

The technology has also been incorporated into Microsoft's 'WifeAlert', an add-on which will allow furtive users to instantly replace hardcore Malaysian pornography with the RSPCA website via nothing more than a panicked slap of the hand.

Meanwhile the BBC said it would explore ways of integrating punch-screen with its live broadcasts.

A spokesman said: "You could spank Tim Lovejoy in the face during Something For The Weekend and via a series of high-speed interactive feeds we could make sure he felt it." 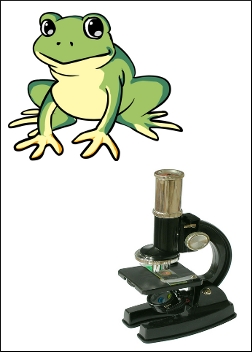 CONCERNS have been raised over the standard of science teaching after it emerged thousands of GCSE pupils could not tell the difference between a microscope and a frog.

Exam regulator Ofqual has demanded urgent action by ministers before a child suffers serious internal injuries from trying to drink a bag of carpet tacks.

Ofqual said the dumbing down of science teaching has led to children being awarded physics GCSEs for running head first into a wall, while the chemistry exam involves making a glass of Ribena without getting yourself or anyone else pregnant.

Meanwhile one child was awarded a 'B' grade after claiming gravity was invented in 1994 by his Uncle Derek.

A spokesman said: "We risk creating a generation of adults who will not only lack vital 21st century skills, but who also risk electrocuting themselves while trying to release the tiny people trapped inside their television sets."

Schools mininster Jim Knight defended the exam system, adding: "As long as the most able pupils are being stretched we just have to make sure the rest of them know the difference between hot and cold so they don't keep shoving their head into the deep fat frier at KFC."