THE World Wildlife Fund has moved Windows XP to its endangered list, meaning that its life and habitats are protected by law.

Anyone with an old beige PC that still works must leave it undisturbed or face a heavy fine.

A WWF spokesman, after explaining once again he had nothing to do with Wrestlemania, said: Operating systems need to be in the wild, living free, not just a CD-ROM or a stack of floppies in some museum.

But tragically there are now only a handful of PCs out there still running Windows 95, and those numbers are dwindling all the time.

We’re acting now to protect XP before it’s too late, though we won’t be doing the same for Vista. Some evolutionary dead-ends should be left to die.

Joanna Kramer of Durham said: My dad’s computer, which takes 20 minutes to upload a Wikipedia page, is now fenced off and guarded by WWF officers with tranquilizer guns.

Apparently the standalone wood-effect computer workstation with keyboard tray and integrated printer stand it’s on is also very rare, so the back bedroom’s going to be declared a Site of Special Scientific Interest. 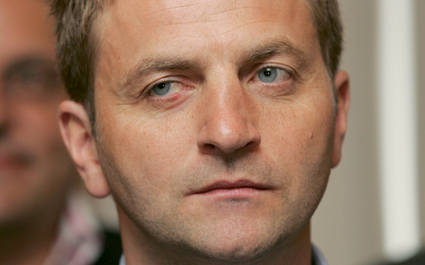 BOARD members at Tottenham Hotspur are still arguing over who has to tell Tim Sherwood he’s fired.

After an entirely typical series of results for the club, Louis van Gaal has been brought in to manage the side but has pretended to be the new heating engineer whenever Sherwood is around.

Board member Roy Hobbs said: I subtly suggested Tim might want to spend more time in his garden but he just growled ‘do I look like a fucking gnome to you?’ and glared at me until I backed out of the room.

I think we might have to move stadium in the summer and lock him inside this one.