Your parents may have heard you say 'oh f**k, not them' on FaceTime

APPLE has emailed millions of customers to warn that their parents have heard them say ‘oh fuck, not them again’ over FaceTime.

A security flaw means that anyone calling over FaceTime heard anything you said before answering the call, including ‘fucking hell, it’s hard enough listening to them without having to stare at their stupid expressions’.

The email continued: “For this to happen the caller would need to have wrongly pressed the ‘group chat’ button, which is exactly the kind of thing your parents would do.

“This means that your mum and dad, who love you, have heard you say ‘shit, hide the bong,’ ‘don’t answer until I’ve shaved, I need to ask for money’ and ‘those arseholes again’.

“We regret this breach in customers’ personal security, but remind you that it was your idea that they buy an iPad in the first place because you were sick of fixing their PC.”

Nathan Muir, from Colchester, said: “But that doesn’t explain why my girlfriend, who’s in Australia right now, said ‘quick, hold this and lie down so your penis looks like a table lamp’ before answering yesterday.

Nick Clegg's guide to always being the sidekick 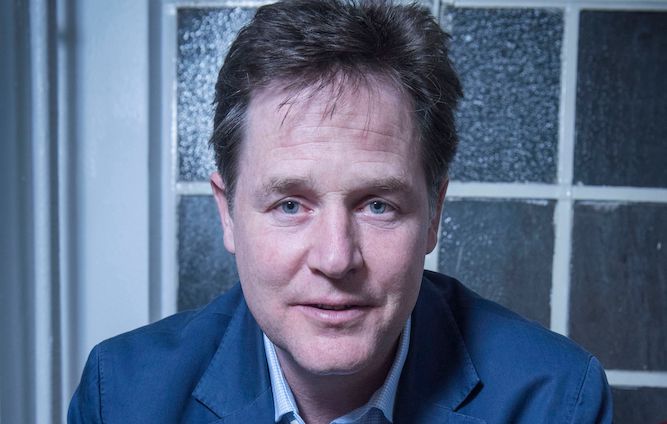 HI, I’m Nick Clegg (former deputy prime minister?) and I’m here to tell you how you can be a great sidekick. It’s not all just saying, ‘great idea, boss’ though, that is a fairly large part of it. Let’s begin…

Make sure to notice when the main man has had a haircut
Whenever David Cameron (or Big D-Money as I used to call him, he just called me Nick, or sometimes Mick) would get a haircut, I’d make sure to say, ‘loving the new look, Big D’ and he’d stare at me blankly. But that’s fine. As long as you’re on the team, that’s all that matters.

Same goes for Mark Zuckerberg. Whenever he comes into the office after cutting his own hair with a ruler and a spoon, I make sure to say ‘loving the new look, Mega Z,’and he stares at me blankly before going to talk to a robot.

Make sure to note their great ideas
Whenever Mr Cameron (I’d call him that most of the time) had a great idea, such as increasing tuition fees, I’d say ‘great idea, boss,’ and he’d stare at me blankly before going into his office to watch Babe with the blinds down for about 10 minutes.

Same goes for Mr Zuckerberg. Whenever he has a great idea, like cutting his own hair with a ruler and a spoon, I make sure to say, ‘great idea, boss,’ and he stares at me blankly before going into his office to be massaged by a robot.

Accept that you’re a sidekick and there’s nothing wrong with that
History is full of great sidekicks – Ernie Wise, Garfunkel, the two from East 17 that weren’t Brian Harvey or the one who wrote the songs – so embrace it. Accept the fact no one will ever trust you to be in charge of anything ever again and move on. I certainly have.