ANYONE who tries to leave Facebook will be shot, Mark Zuckerberg said last night.

The billionaire pimple has ordered the construction of concrete watchtowers, 50 metres apart around the perimeter of his social network, manned by armed guards wielding sniper rifles and bazookas.

“Everything you need is here, except Google, but we are working on a much better version of that and therefore anyone who still wants to use it has declared themselves to be dangerously unstable.

“We’ll soon see how much better they think it is when they find their bullet-ridden corpse buried in an unmarked grave next to the kitchens.”

Facebook users have welcomed the watchtowers insisting that limiting their movements so ruthlessly is bound to make their lives less confusing and traumatic.

Helen Archer, from Finsbury Park, said: “I like to keep my area nice and clean, that way I get more time on the snooker table.”

Zuckerberg added: “These watchtowers, bristling with state-of-the-art death, are a key element in our never-ending pursuit of awesomeness.

“But do not see them as an instantly lethal expression of authority, instead see them as a cutting edge utility that you absolutely should not fucking mess with.

“You may now feel free to discuss these issues incoherently with your friends.”

Who does Rupert Murdoch think you are? 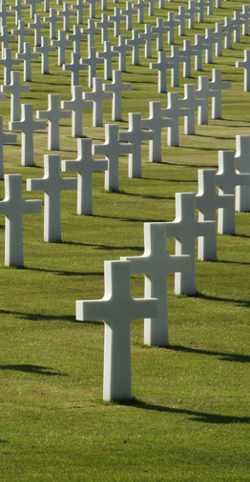 QUESTIONS were being raised last night over exactly what kind of person Rupert Murdoch thinks you are.

As it emerged that News of the World journalists placed hidden cameras inside British war widows, experts suggested the News Corp chairman believes you are somehow the same as him and his greasy, beige-toothed minions.

Psychologist Martin Bishop said: “Let’s be absolutely clear about this – Mr Murdoch’s journalists were violating war widows to find out if they were either cheating on their husband before he died, or desecrating his memory by moving on with their lives with someone new before the allotted, arbitrary amount of time had passed.

“Either scenario gives the paper its longed-for double whammy of a jaunty, intercourse-based headline and a life tossed aside like an old sausage.

“But Mr Murdoch seems to think that somehow we don’t care what he does, we only care what he prints. That somehow we inhabit the same dank, piss-ridden moral dungeon as he does, where all that matters is the steady supply of masturbatory aids so that we have something to do instead of just rocking back and forth and staring at the mould on the wall.

“He thinks he is merely ‘feeding the beast’ and that somehow, if newspapers didn’t exist, we would all be paying criminals to bring us titbits of information about random strangers.

“He really is quite the fucker.”

Tom Logan, from Stevenage, said: “Sienna Miller, John Prescott, Hugh fucking Grant –  I stopped calling him Hugh Grant after Notting Hill – and the rest of these no-talent chuff-monkeys can have a private life when they take a 97% pay cut. I’d rather you didn’t hack their phones, but overall my sympathy could fit in a Japanese thimble.

“However, the rest of this shit is fucked up and at no point did anyone give even the merest hint that they would be okay with it.”

Mr Murdoch, who has never been on holiday, said: “I am particularly appalled by the 814th set of allegations. The only reason I got into the newspaper business in the first place was to help the armed forces and their brave, blonde wives and sad, photogenic children.

“Ask anyone who knows me and they will all tell you the same thing – Rupert loves dead soldiers.”

News International chief executive Rebekah Brooks stressed that the war widows would have been invaded when she was either asleep or in the lavatory.

A friend said: “Since the scandal broke Rebekah has not been to the toilet. I reckon we’ve got 36 hours before she bursts like a big, ginger balloon full of cranberry juice.”

Meanwhile, Britain was today pulling a blanket up towards its chin and admitting it is now terrified of what fresh torment tomorrow may bring.