SHOCKED residents of a small Scottish village have revealed that the serial killer who lived among them was "a really nice fellow" who always had time for a chat and was especially good with kids.

Charlie Reeves, convicted last week for the brutal slaying of 114 men and women over a ten year period, was friendly, well adjusted and had loads of pals, his neighbours in Old Cumnock said.

Gladys Enright, 83, said: "There was none of this 'he was a loner who kept himself to himself' nonsense with Charlie that you get with all those other killers. He was always dotting about, chatting and having a laugh. We really had no idea.

"Yes, the nights were occasionally rent with the odd blood curdling scream emanating from his garage, but we just put it down to high spirits, or a party gone just a bit wild."

Bob Ferris, 56, said he too never had any suspicion that Reeves, who he numbered among his best friends, would turn out to be officially Scotland's most fiendish fiend.

"I did find what looked like a woman's finger in his drive once, but Charlie just laughed it off and said one of his other pals must have left it behind by mistake, and so I thought no more about it," he said.

Billy Tames, 42, owner of the local hardware store said Reeves was constantly popping in to buy blades for his rotary saw, twine, masking tape, and highly corrosive acid, just like any normal member of the tight-knit community.

He said: "He never did anything to raise suspicion. With hindsight though his 'I'm Jake the Peg, With My Extra Leg' routine at the Christmas show now looks pretty dodgy."

White Wine 'Good For Getting You Fired' Say Docs 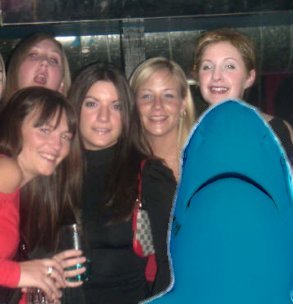 DRINKING four or five large glasses of white wine at an office night out increases your chances of being sacked by up to 80 per cent, new research shows.

Men who stuck to beer were found to be the least likely to get fired, although they were most likely to be found in a gutter with a kebab stuck to their jacket.

Drinkers of red wine were most likely to be found slumped in the corner with their flies undone and a cheese stick poking out of one ear.

Scientists made the astonishing discoveries after monitoring dismissal rates for various drinkers at offices across the UK.

White wine drinkers were found to be four times more likely than red wine drinkers to dance on a table and sing I Will Survive very loudly and out of tune before making ill-judged remarks about  the boss's wife.

They were more than five times more likely to try and take off their clothes, grab the chairman's  buttocks or tell their colleagues they were "full of shit".

Dr Nathan D. Muir of Glasgow’s Clyde University alcohol research unit said: "While white wine comes out tops for getting people binned it is important to recognise that not all whites have the same negative effect on your career prospects.

"We found that Chablis had a low propensity to bring about dismissal. The best ones to go for if you really want to get sacked are one of those oaky Australian chardonnays, or a lukewarm Spanish white."

While the researchers found that white wine was a key element to getting your cards other factors did play a part. "Being a quiet one" all year round was also a major contributor, as was wearing glasses and having frizzy hair.

A spokeswoman for the White Wine Producers Alliance said: "People are always going on about how red wine is good for your heart and all that rubbish. Who gives a monkey's?

"If you really want to get trashed and go mental at the office do then white wine is guaranteed to deliver outstanding results."