Nine things to pretend you're looking forward to

CHRISTMAS will be cancelled, booking a holiday is idiocy and the calendar is blank. Convince people you’ve not given up all hope by pretending to look forward to these:

New Year’s Eve, because you might not be able to go out but at least 2020 will be over and done with.

Trump Day, when the former president is forced to leave the White House by secret service agents and left on the street outside with all his stuff.

Lockdown III, beginning in mid-February, when it’s so dark and cold and wet outside that it’s actually doing Britain a real favour.

Pancake Day, because it’s unaffected by any of this crap and you get to eat pancakes.

The Friends reunion special, which is just the cast talking about old episodes like the boring old nostalgic bastards they and you have become.

The anniversary of the first lockdown, celebrated by standing on the doorstep and gazing morosely into the middle distance alongside your neighbours.

Phase Four of the Marvel Cinematic Universe begins, if you still want to watch that crap after a genuine global threat where Tony Stark did nothing.

The first vaccines are administered, and you excitedly log on to find that just 37,832,885 more and it’ll be your turn.

Love Island 2021: When The Plague Takes Us All, These People Will Repopulate Earth. 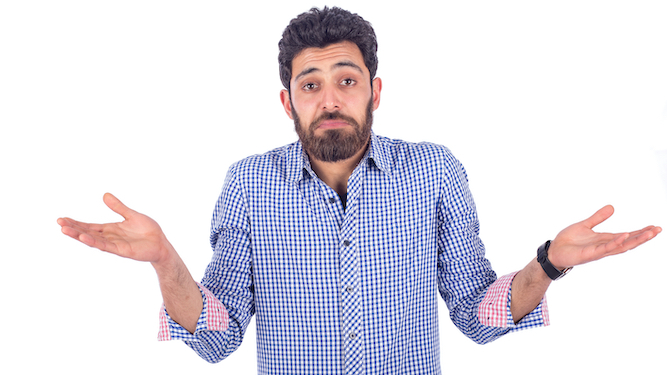 IS everyday life full of baffling questions you’re losing sleep over? Here are some mysteries that confuse the nation every single day.

Why does the conditioner always run out before the shampoo?

You use the same amount every time you wash your hair so why does the conditioner disappear first? This mystery might be solved by checking to see if your partner’s pubes look particularly glossy, otherwise: who knows?

If you drink an entire carton of fruit juice why doesn’t it count as your five a day?

A litre of orange juice must have the same amount of nutrients as several small portions of fruit, surely? Think of all that vitamin C. Also, why don’t potatoes count as a vegetable? Who is making these rules?

Why is Spider-Man not called Spider-Boy?

He’s still at school, for goodness sake. Batgirl is referred to as a ‘girl’, although when she first appeared in the 1960s she probably would have been called a girl even if she was 36.

Why do people say ‘lol’ instead of actually laughing out loud?

It’s bad enough when written down, but now people abbreviate an actual physical response by saying ‘lol’ as if it’s a word. Have they forgotten how to actually laugh due to prolonged use of text acronyms? It’s weird, stop it.

Where do all the Tupperware lids go?

Why doesn’t the whole thing go missing? Is somebody breaking into houses and stealing just Tupperware lids? Is it the same person who hides the f**king scissors?

Do we eat soup or drink it?

It’s a liquid so surely it’s a drink? If we put Ribena in a bowl and consumed it with a spoon would we be eating that? The very thought is laughable, and makes absolutely no sense.