A QUIET, middle-aged science fiction and traction engine enthusiast has advertised his virginity for £6 or nearest offer.

Single, 46 year-old planning officer Roy Hobbs, from Acton, hopes that selling his virtue in Trade-It will furnish him with the last bit of cash he needs to buy a limited-edition pewter scale-model of a Romulan scout ship in a clear display case from Forbidden Planet.

He said: "The designated night of sexual congress is next Tuesday, when mother is out at her craft club until at least 9.30pm.

"I have purchased a packet of mint Viscounts and Heart FM will be playing at low volume.

"Ideally the person who buys my virginity will be a patient, considerate older woman with a nice, soothing voice. A bit like mother but with different-coloured hair."

He said: "The last chap walked around me several times and gave me a light kick in the shin before saying I wasn't what he was looking for, but his brother-in-law's cousin, who lives in York, might be interested. He never called back.

"Then a couple rang up and said they were going to come and have a look at me, but they couldn't find the house  – there's no number on the front and it is very poorly signposted around here."

He added: "The original advert said 'no perverts' but I'm thinking of changing it to 'no perverts or time wasters'."

Chingford-based student Nikki Hollis met with more success recently when she sold the opportunity to finger her on Ebay with a 'Buy It Now' price of £10.

She said: "The sixty or so men who paid weren't sleazy at all. Creepy perhaps, but not sleazy.

"I'm going to spend the money on tuition fees and Marlboro Lights." 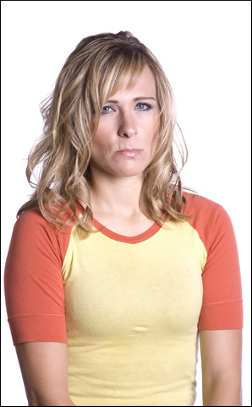 FOOTBALL manager and brothel enthusiast Avram Grant has the world's finest wife, according to a new survey.

Tzofit Grant has won plaudits from married men after supporting her husband's visits to a Thai tug shop and offering to go with him next time and hold the baby oil.

A spokesman for polling company EDBT, said: "As well as being tall, attractive and talented, she obviously goes like Speedy Gonzales bursting for a shit. Eighty-five percent of our respondents wanted to know if she had a sister."

Tzofit is now expected to be crowned Woman of the Year next week, with polling having been formally closed 11 months early.

The spokesman added: "I don't see how any other woman is going to top this, unless Scarlett Johansson goes on an eight-month lesbian odyssey with a camcorder, or Sarah Brown finally does something useful with a pillow while he's sleeping."

Wayne Hayes, a panel beater from Carlisle, said: "My missus finds out I gave the receptionist from work a lift home – a lift, mind you – and I'm humping my hand for a month.

"Tzofit finds out her feller has been getting the banquet for four in a knocking shop and she gently chides him for not inviting her along. I. Am. In. Love."

The Porstmouth manager acknowledged his good fortune, saying: "Despite looking like the arch enemy of Dangermouse, Tzofit still loves me and supports my hobbies. I'd tell you what a great cook she is as well but you'd probably hunt me down and roast me over a campfire."

He added: "One thing I will say is this – that thing your wife only does begrudgingly on your birthday? Every morning before breakfast.