96 per cent of enthusiasm fake

INDIVIDUALS who claim to be enthusiastic actually just like hearing themselves speak, it has emerged.

Researchers found that people who excitedly describe their passion for a thing are merely trying to stop others getting attention.

“Non-stop talking and trying to make out that you’re full of childlike wonder at the everything isn’t enthusiasm.

Professor Brubaker identified several key types of fake enthusiasm, the most prominent being ‘hipster whimsy’ where people pretend to love 80s frat-pack films, a specific type of now-unavailable cereal or an unpopular type of animal.

He added: “The other main one is ‘dead-eyed corporate passion’ which is found everywhere from shops, to meeting rooms, to branded internet video content.

“Then there’s ‘American bullshit’ which of course is a whole other level.”

Marketing consultant Nikki Hollis said: “I’m just a passionate person who discovers the best thing ever on an hourly basis and screams her head off about it.

“If you find that annoying then obviously you are dead inside. But I still think you are amazing.” 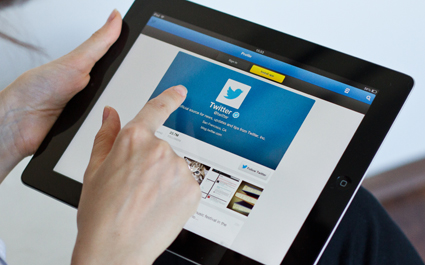 TWITTER’S new ‘retweet with comment’ feature has made feigning concern quicker, so that users can get back to looking at pornography.

Frequent tweeter Tom Logan said: “I’m into morals, because if women think you care about stuff they are more likely to have sex with you. But I don’t like to waste time on them.

“For that reason, the ‘retweet with comment’ feature suits my needs perfectly.

“Previously I would have to retweet a think-piece, and then start a whole other tweet just so I could say ‘That last RT bloody nails it’.

“This new features allows me to directly attach my own generic sentiments to think-pieces about Boko Haram, neglected donkeys or climate change.