A Freshers' Guide to Choosing the Right Bong

AS the new university term starts, there are hundreds of water pipes to choose from – but which is right for you?

Embarking on higher education is one of life’s great adventures – and for most students there is no more constant companion throughout that journey than their bong.

A bong is much more than just a practical device for inhaling large volumes of cannabis smoke in a single breath – it is a unit of social cohesion, and a projection of your personality.

But the semantics of bongs are notoriously complicated. The multi-pipe Yoda bongs smack of ‘over-enthusiastic beginner’ while a percolator bong says ‘science geek’.

The classic ALIEN HEAD BONG can be a fun entry point. Reasonably priced and with a strong ceramic construction, its low centre of gravity makes it hard to accidentally kick over when going to the cupboard for crisps.

COLLAPSIBLE TRAVEL BONGS are perfect for house parties. They project the image of a dynamic bong owner who’s always on the go.

Cylindrical PERSPEX BONGS are the ‘design classic’ of the bong world, combining functionality with clean, unfussy lines. Avoid the cliched ‘rasta bong’ in the colours of the Ethiopian flag but go for a dark colour because it will disguises all the filth that will accumulate inside.

Ultimately bong selection is, like so much of student life, about what feels right. University offers a once-in-a-lifetime opportunity to be semi-comatose for days at a time, and the most important thing is to seize it with both hands (clamped around a bong).

Villas-Boas allowed to drink with grown-ups 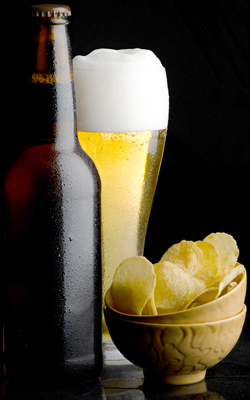 TOTTENHAM Hotspur manager Andre Villas Boas has been allowed into the White Hart Lane bar as a special treat.

Villas Boas previously had to sit outside in the car after matches, with Spurs chairman Daniel Levy or one of the senior players bringing out soft drinks and crisps for him every half hour.

But as a reward following the team’s victory against Reading, he was allowed inside to drink shandy, straight from the glass and not even with a straw.

Villas Boas said: “It was really great. I spoke to Mr Levy and even the players like Mr Defoe.

“They knew my name and everything. By the time I was taken home it was nearly dark.”

Villas Boas’s nanny Emma Bradford said:  “You should have seen him there, in his long trousers. He’s been in the dressing room and talked to the players and even sat in the dugout but never this.

“All his friends are really jealous of him.”

Daniel Levy even found the time to sign a special cheque for Andre as a souvenir of his short time with the club.

Levy said: “Andre is a very bright boy with lots of ideas about the way we should play and who we should sign.

“When he grows up a bit more, there’s every chance he’ll be manager of a big team and win lots of trophies and perhaps the Premier League.

“Of course, that won’t happen at this club but one day, at some other team, who knows?”