Downton to just call audience a bunch of morons

BLOCKBUSTER drama Downton Abbey will this week finally tell the unvarnished truth to its cretins.

For two years the sub-Falcon Crest Edwardian soap opera has subjected its 10 million viewers to a regular salvo of barely-concealed loathing.

But, with viewing figures still stubbornly high, this week’s episode will weave the trademark plot devices with unambiguous insults and blistering sexual profanity.

Creator, Baron Fellowes of Cathedral City, said: “Oh, that I could hunt them down with a quintet of perfectly hungry Jack Russells and watch them being torn to shreds while I toot my fancy horn and my favourite gelding groans happily beneath me.”

In a key scene Lady Mary Crawley will tell a haunted young man: “Oh Dinky, being on the Titanic and then trying to save the Tsar must have been so very beastly. And then to come home to these ghastly motor contraptions and their infernal honking. It’s the last thing a Dinky needs.”

Actress Dame Michelle Dockery will then turn to the camera and say: “You do know you’re a bunch of utter fucking losers?

“The French are currently enjoying their delicious dinners and gleefully discussing the absurd nature of royalty. And you’re watching this. Cock – The Fuck – Off.”

Dockery will then look off camera and ask if there is, “any chance we can change the family name to ‘Pishflaps'”.

In a later scene Dame Shirley MacLaine will tell sturdy butler Charles ‘Charlie’ Carlson ‘Carlie’: “I was in The Apartment. I won a fuckin’ Oscar for Terms of Endearment. This is what I get for believing in UFOs.”

The Earl of Grantham, played Sir Hugh Bonneville, will then reply: “That’s a tad harsh, mummy.”

Meanwhile, the closing music and titles will be replaced by a cacophony of discordant electric guitars as the words ‘fuck you’ flash rapidly in gigantic, bright red capital letters. 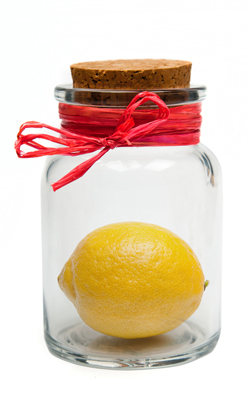 THE soul of the late American singer James Brown is expected to fetch £5 million at auction later today.

Currently contained in a glass jar, the soul is presently owned by Las Vegas based entrepreneur Wayne Hayes, who bought it from the legendary singer in 1972.

Although the jar appears to be empty, Hayes says that there is no doubt that it contains Brown’s soul, as verified by independent witnesses.

Hayes said, “I approached Mr Brown in 1972. I asked him to holler the words “I feeel good!!” As he did so, I placed the open glass case over his chest, where the soul resides.

“As he sang out, his chest expanded and the soul rays passed through his ribcage directly into the glass case, which I at once sealed to prevent outside contamination. I paid Mr Brown a hundred dollars and went on my way.

“Now, anybody who says this is just an empty glass case, what they’re trying to say is that there’s no such thing as soul. Of course you can’t see it. But if you believe in soul, that’s how you can tell it’s there – it’s invisible, just like a soul should be.”

Julian Cook, Professor of African-American Studies at Harvard, said: “It’s ridiculous – “soul” isn’t something you can contain in a glass case.

“Soul is something you contain in a battered suitcase – like the one I’ve got back home with Robert Johnson’s soul in it, which I bought off an old guy for $50 in Chicago in 1969.”

Auctioneer Denys Finch Hatton said: “Last week we sold one of John Lennon’s dreams for £6 million – the one in which he imagines no possessions. It was an empty black box.