ASYLUM seekers should be grateful to be jetted off to a nice hot country with hotels so lovely they made a film about them. Gammon Wayne Hayes goes through the highlights:

Jetting off somewhere exotic with a group of strangers can be a right laugh. Haven’t any of these whining sods ever been on an 18-30 holiday? Instead of complaining they should man up and kick back with a Stella on a sun lounger. Although I bet the bloody EU would say that’s against their ‘human rights’ somehow.

If there’s one thing I know about Africa it’s that it’s boiling hot, I think. Although considering that refugees usually come from boiling countries anyway I suppose it must be a busman’s holiday for them. If we were punishing them we’d banish them to some rain-lashed backwater, like Birmingham.

So what if you’re packed into a shared bedroom like millennial London renters? I stayed in a cramped dorm in Ibiza back in 1988 with about 30 other random men. Did I let the overwhelming number of random dicks and arseholes stop me from having a laugh? No. I dropped a tab and got on with it.

I’d try cancel my flight too if I knew I was only going to be eating African food for the foreseeable. However, in my experience, if you yell at any foreign hotel manager for long enough they’ll eventually see sense and serve you some proper English food like a curry or a kebab. If these illegals give it a try they’ll soon be living in luxury.

According to an Attenborough documentary I slept through, you can’t walk a couple of yards in Africa without bumping into a giraffe or kangaroo. Rather than worrying about their bloody families, why don’t these ingrates just go look at an elephant? Don’t they know people are willing to pay thousands for an experience they’re getting for free?

No penis will ever be as good as a dick straw full of rosé, admits hen party 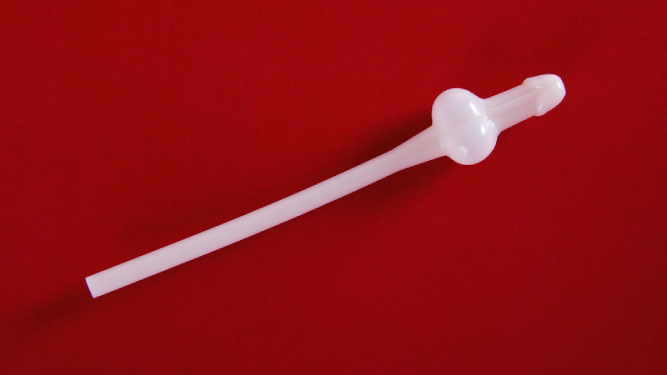 WOMEN at a hen party have confirmed a real penis cannot compare to a novelty penis-shaped straw used to sip rosé.

Attendees at Lauren Hewitt’s hen party made the discovery halfway through their sixth bottle of rosé, when they realised that slurping away on the real thing offered them no way of getting drunk at 2pm in All Bar One.

Hewitt said: “Sure, the length is disappointing and it goes off in my mouth after the first suck, but enough about my boyfriend’s dick.

“Seriously, who could go back to regular knobs after this? I’ve never seen rosé or even Lambrini come out of a single one. And believe me, I’ve done my research.”

Maid of honour Nikki Hollis said: “The only downside is that penis straws taste of plastic. Although they won’t get me pregnant then never call me back, so overall they’re way better. I wish all men had them instead.”

Waiter Tom Logan said: “I hear hen parties chatting shit all the time, but a rosé-spouting knob is next level disgusting. A Carling-dispensing tit on the other hand? Perfection.”