AS the country’s public servants once again challenge Britain to notice the difference, experts have issued an essential guide to national strike etiquette.

Professor Henry Brubaker, of the Institute for Studies, said: “Too many people in Britain have forgotten the importance of good manners during an angry strike. This simple guide should ensure that the strikers’ absurd demands are politely ignored without it descending into a foul-mouthed brouhaha.”

When crossing a picket line do so with poise and grace. Imagine one is trying to balance a badly educated child on one’s head.

However, it is important to remember you are now in the striker’s place of entitlement. The striker is your host and you should treat them with respect. Do not put your feet up on the seats they put their feet up on.

If one finds oneself eating lunch in the same restaurant as a striker, always use a dessert fork to stab them in the face when when they start helping themselves to a third of your soup.

Never be arrogant or condescending – particularly when pointing out the horrendous spelling mistakes on a teacher’s placard.

Listen patiently and politely to the striker as he or she explains loudly why their pension needs to be better than yours, before smiling and saying ‘thank you so much, that was very entertaining’. You should then offer them a sweet – perhaps a Rolo or a Chewitt.

Do not burp, spit or pick your nose at them.

A man should always open a door for a lady striker, even though she will find it violently sexist.

If the striker continues to insist that you should pay for his pension and that he should retire five years earlier than you, always say ‘pardon me?’ rather than ‘huh?’, ‘come again?’ or ‘what in the name of shitting fuck are you talking about you delusional, self-serving piss-bucket?’.

Men under increasing pressure to see what that noise was downstairs 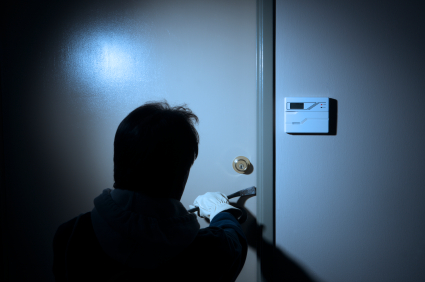 Changes to self defence law gives women green light to force terrified men out of bed.