THIS years crop of young, predominantly female, students pictured celebrating their A Levels is up to 20% less attractive than last year’s, it has been claimed.

Researchers have found that that perkiness and litheness have dropped, possibly as a result of the poor summer weather.

Professor Henry Brubaker of the Institute for Studies said  There’s been a considerable decline in bewitching nubility among the young women who represent our contry’s future.

One of the ones in the Daily Telegraph was a 7 at best.

Of course, less attractive women have the right to an education too. No-ones saying they dont. Its just that newspaper editors  and probably newspaper readers, I suppose  arent into seeing the plain ones hugging, and kissing, and touching each other tenderly on the arm in a display of hormonally-charged affection.

Or pressing their lissom young bodies against each other.

Also, some of this years photographs had very poor composition. In a lot of the pics, the girls hair obscured their faces, and some had their arms folded, which somewhat defeats the object.

And in the Mails traditional picture of two girls jumping in the air, one of them was wearing a Marty McFly-style windcheater, rather than the flimsy cotton summer dress tradition demands.

To compound the problem, boys have started doing well in A Levels, meaning that some perfectly good shots of young women have been ruined by having young men on them.

“Although you can crop them at home in Photoshop, if you right-click and save them.” 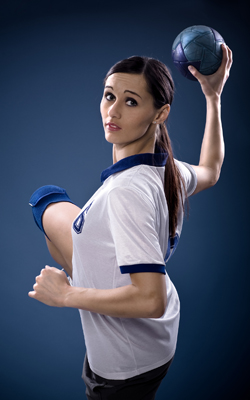 ONLY five tickets have been sold for a major handball tournament, it has emerged.

Despite signs reading “Free beer!”, “It’s handball, for Christ’s sake” and “It’s the Swedish women! You know, the ones Usain Bolt was knocking around with the night after he won the 100 metre gold! Them!”,  the non-Olympic sporting event is almost entirely without an audience.

Wayne Hayes was among  several fans in the the giant, near-empty arena.

He said: “I queued since 3am to ensure I got a decent seat. Turns out that wasn’t necessary.”

Hayes’ best friend Tom Booker had a ticket but neglected to turn up.

Members of the Swedish handball team took time out from the game to personally visit Booker’s house and ask if he might care to watch, and maybe join them for a drink afterwards.

Booker refused, saying: “I’m up early getting a coach to watch a Division Two clash between Tranmere and Scunthorpe.

“Also I’m saving up for Rio 2016. It’s going to be expensive but seeing those elite athletes, especially the ones in the erotically-charged women’s events, you can’t put a price on that.”