A Victorian workhouse, and all the other crappy school trips you went on

ONCE a term your teachers fancied an easy day so hired a coach and took the class somewhere local and cheap. Like these:

The ultimate failure of imagination, especially for 1970s kids whose school buildings already dated from 1892. Dress in Victorian clothes and write on a slate while an actor pretends to be an absurdly strict teacher. Later on, dress as chimney sweeps and milkmaids and envy their freedom from education.

Bethan from Year 8’s dad owns a factory making gaskets for buses. It’s a nightmare on the health and safety front, letting kids run riot among all the hydraulic presses, but provided a good insight into back-breaking manual labour and everyone got a free gasket.

Ideal for when budgets were low and the RE teacher needed to be thrown a bone. The crushing boredom of brass plaques, stone pillars and statues of hitherto-unknown saints was compounded by cold, old people and not being allowed to speak above a whisper. And you’re not allowed in the tower but Stelly went up and threw his tie on the roof.

Nicely-mowed lawns with a few stones poking up out of them. Could be Norman stones, could be Roman, 11-year-old you didn’t care. If you were lucky, the sun was shining and your mum packed you a Kit Kat. Unlucky? It was pissing down and you had a cheese sandwich and a tangerine and a leaking anorak.

Rooting around in undergrowth with magnifying glasses. Worst when you were given a square metre of ground to record everything in it. The teachers didn’t specify living things, so you came back having recorded dandelions, daisies, fag ends, used condoms, nitrous oxide whippets and pages from the July 1991 issue of Mayfair.

The shitty coach makes it ten miles away from school before smoke pours out of the engine. The class spends the day in a motorway services high on shoplifted pick-and-mix waiting for repairs, watching Jason whose mum gave him a tenner blow the lot on Street Fighter II. Eventually Bethan’s dad arrives with a new gasket and everyone goes home.

How to rip a dickhead a new arsehole, by Susanna Reid 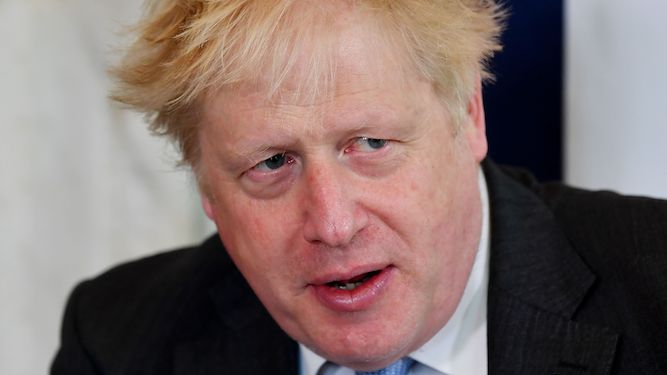 You wouldn’t run a marathon without training, so you shouldn’t take on the country’s biggest twat without practice. I’ve been honing my craft for years by sitting next to a succession of shit-for-brains blowhards so my derisive tone and Paddington-style hard stares are ready. And my endurance for being cut off by knobheads has never been higher.

Interview them on TV

Humiliating a dickhead is all well and good, but what’s the point if nobody sees it? For maximum damage, make sure you’re the presenter of a morning news programme. This way the whole nation will witness the destruction of the prick, and with any luck it will influence the upcoming local election they were clearly trying to salvage.

Dickheads tend to avoid scrutiny by hiding in fridges or only agreeing to appear on the BBC. But ITV is like international waters: anything goes. You can even get away with asking them about what a 77-year-old pensioner should cut back on to afford the cost of living. ‘High-wage, high-skilled jobs’ is apparently the answer.

Putting tricky questions to dickheads is only part of the battle. Your secret weapon is actually letting them answer and watching in fascination as they f**k up. For me witnessing the prime minister gloat about giving starving pensioners free bus passes is better than sex.

Call them out on their bullshit

Finish your opponent by holding them to account on their bollocks. It helps if you build up to your killing blow with an opening question that can be referred back to to add insult to injury. You might almost feel a glimmer of remorse as you look down on their utterly defeated corpse, but remember: the dickhead deserves it.