ADULTS who think it is quirky and fun to use words like ‘sleeps’ and ‘holibobs’ have been told to just stop it.

Other phrases that should never be spoken by anyone over the age of 18 include ‘yummy’ and ‘nom nom’.

Meanwhile, ‘adulting’ has been singled out as a particularly awful method of self-congratulation used by people who are unwilling to embrace adulthood.

Nikki Hollis, 32, said: “I see myself as a kooky Zooey Deschanel type who lives in a Brooklyn apartment and collects vintage plates, even though I live on the outskirts of Swindon and work for an insurance company.

“I refer to my partner as ‘The Boy’, although he’s 38 and several stone overweight. We love to snuggle in front of repeats of Saved By The Bell. Sometimes in a onesie, or maybe a tutu.”

Professor Henry Brubaker, of the Institute for Studies, said: “The world is generally a horrible place so you could argue that people try to escape into a pathetic state of childlike innocence is understandable.

Man working up courage to use middle urinal 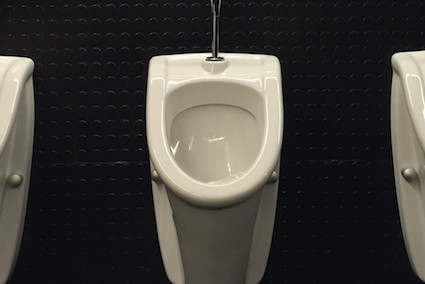 A MAN is trying to find the courage to urinate between two strangers.

Wayne Hayes has entered the pub toilet in Croydon to find two of its three urinals occupied and must now attempt to engage in elbow-to-elbow intimacy with strange men while emptying his bladder.

Hayes said: “The toilet door is closed. The two men stand like sentries. And there it is, in the middle, taunting me.

“I can’t acknowledge the situation. I just have to gird my loins, step up boldly and get the boy out as if there weren’t men midstreaming either side of me.

“Like Ronaldo taking a penalty, I have blocked out my surroundings. The world to left and right has ceased to exist. I must now make the supreme effort.

“I will emerge from this shaken, but stronger. I will have been tested and will emerge, once more, as a man.”

Evolutionary biologist Dr Mary Fisher said: “Mankind’s unwillingness to wee next to others is an instinct deep in our hypothalamus and speaks to our instinctive understanding of other humans as predators.

“You wouldn’t wee next to a leopard, would you? Exactly.”