All Adverts Must Be Filled With Lies, Says Watchdog

ALL advertising must be filled with blatant, insulting lies from start to finish, the industry watchdog has ruled.

The Advertising Standards Authority clarified the regulations last night after banning a beer advert which was obviously true.

The ASA said the advert for Courage beer was unacceptable because it implied that drinking alcohol could enhance self-confidence in a way that anyone who has ever drunk alcohol is completely aware of.

The advert shows a chunky woman squeezed into a tight dress, asking her husband how she looks. The man is shown reaching for a pint of beer, accompanied by the slogan, 'Take Courage and tell your wife she's a big fat cow'.

The ASA said its latest ruling was in accordance with its remit to ensure that all British advertising can be safely viewed by two year-olds.

A spokesman added: "Brands should at all times avoid the honest depiction of realistic situations and instead follow the excellent example of yoghurt or mineral water ads that make sufficiently vague claims about health-giving properties that are impossible to disprove.

"If companies want to avoid really aggressive lies they could copy the latest Persil advert which tells you nothing about the effectiveness of the product but does imply that if you do not use it you should have your children taken away from you by social services before they die of a dirty shirt."

Roy Hobbs, a consumer from Hatfield, said: "My wife is extremely large but also surprisingly fast, so I reckon I'd need at least six pints."

Teachers Can Get 10% Pay Rise When Children Are 10% Less Stupid And Awful, Says Everyone 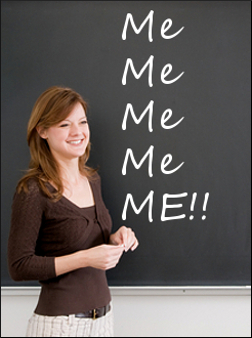 TEACHERS should be entitled to a 10% pay rise when the children they teach become 10% less moronic and unbearable, according to a new survey.

As the National Union of Teachers demanded an inflation-busting pay increase while thousands lose their jobs and the country is eyebrow-deep in debt, 100% of those surveyed said: "What the fuck did you just ask me?"

Emma Bradford, an unemployed shop worker from Stevenage, said: "Did you just say that teachers want a 10% pay rise? Is that what you fucking said?

"I've just spent two hours queuing at the job centre to talk to someone who doesn't care if I live or die and you're asking me if teachers should get a 10% pay rise, a four day week and more holidays. You know what? I'll have to think about that."

She added: "Oh look, I've thought about it and NO, THEY FUCKING SHOULDN'T."

Bill McKay, an unemployed personnel manager from Darlington, said: "You can have a 10% pay rise when your schools stop churning out a seemingly endless supply of rude, lazy, violent, stupid, little SHITS.

"And as for holidays, you can get five weeks the same as everyone else, even if that means sitting in an empty classroom all day and staring out the FUCKING WINDOW."

He added: "Now, if you'll excuse me, I am going to have to nip home, grab a three-iron from my golf bag and spend some quality time in the teachers' car park at my local high school."