FEDERICO Macheda has the potential to become one of the greediest tosspots in the Premier League, his agent said last night.

Julian Cook said the Manchester United striker was a 'really exciting talent' who, with the right guidance, would just get more and more selfish and obsessed with money with every passing year.

The Italian has burst onto the scene at Old Trafford by becoming only the 4825th striker to score against both Aston Villa and Sunderland.

Macheda said: "Already I put myself way before my team. My hair looks like a deep-fried kitten and I am happy to be paid no more than the GDP of Sweden, or maybe Portugal."

The striker hopes to sign a five-year contract worth £1m a year, which he then plans to renege on for more money some time in 2011.

He is already in talks with several clubs he intends to betray United fans for, and has lined up top-flight denials from Juventus, Barcelona and AC Milan.

Cook moved into football representation from the music industry, where he negotiated a six-album, £12m deal for Spanish novelty band Las Ketchup following their hit 'The Ketchup Song'.

He insisted Macheda's contract is 'good for the club, good for the fans and good for my childish obsession with absurdly expensive cars'.

Meanwhile Lazio have lodged a formal complaint regarding United's handling of Macheda. A spokesman said: "They treat the boy like a piece of meat when he was contracted to be our piece of meat for another two years." 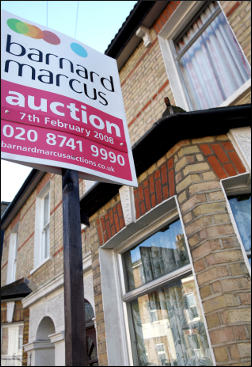 THE recession has a sexually transmitted disease that it has been covering up for years, Downing Street sources have claimed.

Key figures close to prime minister Gordon Brown said the economic downturn was ridden with gonorrhea and clearly not fit to be destroying the nation's living standards.

The venereal disease claim is just the latest in a series of scandals to hit the recession and its team of economic indicators.

Last week Downing Street sources revealed that the wife of consumer price deflation was mentally ill and had been seen crying at drinks parties.

Meanwhile the manufacturing slump has been accused of doing special favours for its boyfriend, the housing crash. And last month the collapse in consumer confidence was hit by rumours of photographs showing it dressed in stockings, while another photo from the 1980s shows it with its face blacked-up, even though Sir Nelson Mandela was still in prison at the time.

Lib Dem treasury spokesman Vince Cable said: "Why, when thousands of unemployed people are fascinated with political gossip, is the government devoting so much time to the recession instead of making up pointless, dirty little lies about the Conservatives?"

But a Downing Street insider insisted the latest revelations would 'destabilise' the recession, even though opinion polls show voters would prefer a combination of economic collapse, mental illness and gonorrhea to another five minutes of the Labour Party in government.