ANYONE who runs a large business or organisation is obviously incredible, experts have confirmed.

As it emerged that even the head of the Open University gets £400,000 a year, researchers said it was because bosses are so much better than they used to be.

Professor Henry Brubaker, director of the Institute for Studies, said: “If you go back 30 years there wasn’t such a massive disparity in pay levels because all the bosses were utter morons who hadn’t even been on a media training day.

“For example, whoever was running the Royal Bank of Scotland in the early 1980s was obviously shit at it. Which is why it went bankrupt and caused a massive recession in 1989.

Professor Brubaker, who is paid £550,000 a year, added: “I know from my own experience that I’m fantastic. The Institute’s board members are all talented and experienced enough to agree with me, which is why they get paid fifty grand a year for one day a week.

“And I know for a fact that the Studying Institute would snap me up in a second, because those board members get fifty grand too.

“We’re all just so amazing.”

Journey to the Center of the Earth was a documentary 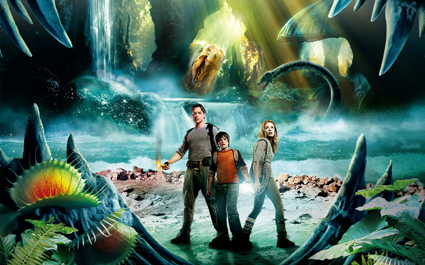 THE Brendan Fraser film Journey to the Center of the Earth depicts real events, it has been confirmed.

As scientists found water, huge gems and probably also dinosaurs in the Earth’s core, the producers of the 2008 family adventure film and its sequel starring The Rock confirmed they are documentaries.

Executive producer Emma Bradford said: “We just sent Brendan Fraser to the Earth’s core with a small crew, where they found loads of monsters and an annoying helpful bird.

“At the time it seemed too remarkable so we promoted it as a work of fiction.

“Same with the sequel, where you see Michael Caine riding a giant wasp. He actually did that, those wasps are surprisingly easy to train.”

Bradford said she couldn’t confirm whether Jule Verne’s original book was factually accurate because her team never bothered to read it.