An Excellent Day All Round, Say Media, Police And Anarchists

A GATHERING in central London was enjoyed greatly by all who took part, the organisers have confirmed.

The event, in aid of a variety of causes, was judged 'an unqualified success' despite early fears of bad weather and a lack of blood-soaked violence.

But by mid afternoon the sun was shining and the boisterous crowd had begun to engage in a series of good natured clashes with the police as both sides were cheered on by hundreds of jubilant reporters and cameramen.

Mr William McKay, of the media, said: "Everyone was most helpful, particularly the young man who waited very kindly for the photographers to turn up before throwing a computer through the window of the Royal Bank of Scotland.

"I would also like to thank the police for wasting very little time in getting in amongst it."

Mr Julian Cook, of the anarchists, said: "The police were marvellous. The Commissioner and his team worked very hard to make the day such a great success and I can't thank them enough.

"I think we can all look forward to a memorable season of bloody street battles and violent arrests. Weather permitting!"

Meanwhile Mr Thomas Logan, a police constable, added: "It's the first time I have attended a local event such as this, but luckily I got to knock the absolute fuck out of eight hippies. I'm chuffed to bits."

The event was opened by the local celebrity, Mr Russell Brand, who wished everyone a 'splendid day' before inviting any granddaughters over the age of 18 to strip down to their bra and pants and form an orderly queue outside his tent. 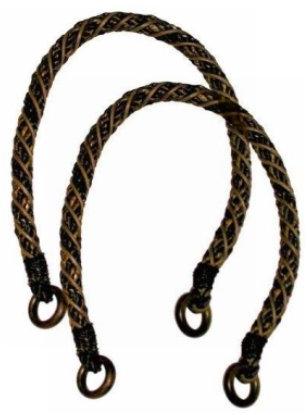 WORLD leaders meet in London today amid the highest levels of security ever to surround an incredibly pointless thing.

Historic delegates from more than 1200 countries will crowd into an unprecedented warehouse in Docklands and shout at each other for seven ground-breaking hours before going home and doing whatever the hell they want.

Meanwhile, as the summit finalises plans for a global system of banking regulation, banks across the world will be finalising their plans for how to get round it.

One senior banker said: "Despite everything that's happened it is important to remember that they're just politicians and we're still much, much cleverer than they are."

Other pointless outcomes from today's summit are expected to include: Military-style uniforms for the International Monetary Fund; A pledge to remember to promise more aid to poor people; Extra money for Americans to spend on piece-of-shit cars; and an international network of ropes and pulleys.

The Chinese will demand new measures to boost consumer spending on small plastic objects with sharp edges, the French and Germans have drawn up a list of 18 impossible things that absolutely have to happen, while Britain would just like some nice photographs for Gordon Brown to look at when he stops being prime minister next year.

But as the delegates thrash out a complex regulatory framework for the post-recession global economy, experts praised the Reeves Two-Point Action Plan, developed last Saturday night amid incredibly lax security and half a dozen vodka and cokes by Bristol-based painter and decorator Charlie Reeves.

Mr Reeves said:" It's a simple but, I believe, effective plan that involves the banks doing two things. One: start lending money again. And two: stop being cocksuckers."