JESUS has revealed that the whole thing with his betrayal, crucifixion and death was just an elaborate April Fool prank on his disciples.

Christ secretly staged the entire scenario to trick his twelve followers with the aid of the Roman Empire, who like a laugh as much as anyone.

He said: “Got you. I fucking got you.

“Aw guys honestly you should just see your faces right now. You were so hoodwinked. Leonardo, do a picture of them quickly. Capture this moment.

“I knew if I could fool Thomas I could fool all of you. He was the key. Fake wound, Thomas! Look! Peels right off!

“And hey, how about a big hand for my co-conspirator Judas, yeah? He absolutely sold that shit! Actually, he’s quite hurt that everyone believed it so easily so maybe not.

“Anyone fancy Galilee? Loaves and fishes on me. Oh, and don’t be making out I actually died in your gospels just so you don’t look gullible.” 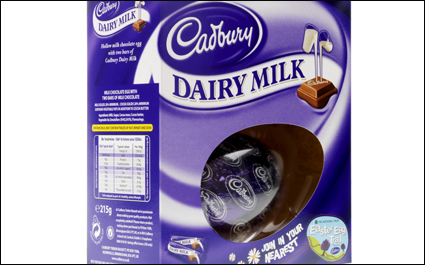 BRITONS have been thrilled to receive what amounts to three bars’ worth of chocolate.

Across the country everyone is looking forward to unwrapping big, shiny boxes that contain what is basically a normal chocolate bar melted down and made into a hollow oval, plus a couple of newsagent-standard chocolate bars.

Teacher Mary Fisher said: “There’s nothing like a mass market Easter egg, even if it is the biggest con ever.

“Chocolate tastes so much better when it is shaped, for some reason, like an egg, then encased in rigid plastic alongside two bars of standard chocolate.”

Chocolate company boss Norman Steele said: “They would get more chocolate if they went to Londis and bought four Dairy Milks, plus then they wouldn’t have to cut their hands on unnecessarily tough Easter egg packaging.

“I’m glad they don’t do that though, because then I would have less money.”