Are you being persecuted?

LORD Carey’s claim that Christians in Britain are feeling persecuted has led many people to ask: “So what exactly is persecution then?”

The Daily Mash presents a simple questionnaire to help you work out how persecuted you are:

Are you excluded from high office, such as being prime minister or the Queen, because of your religion?

Are you completely excluded from society even though you believe in miracles?

Are you prevented from constantly judging complete strangers?

Are you prevented from sticking your nose into other people’s personal lives?

Do you believe that Lord Carey was elected to the House of Lords?

Does the Today programme ban you from boring the shit out of everyone with two minutes of sanctimonious drivel every morning?

Are schools, funded largely by people who do not share your views, banned from telling children about your favourite miracles?

Has an organisation, funded largely by people who do not share your views, stopped making Songs of Praise?

Do some of the country’s biggest newspapers ignore you whenever you object to the slightest little thing?

Does Britain celebrate Christmas because it is the birthday of Isaac Newton?

Are you currently enjoying a long weekend to commemorate the untimely death of Judy Garland?

So, are you being persecuted?

All ‘yes’: Britain does not celebrate Christmas because it is the birthday of Isaac Newton. You may actually benefit from some light persecution.

Mostly ‘yes’: Perhaps this really is the time of year when you commemorate  Judy Garland. That is deeply fabulous of you. You’re not being persecuted as much as you used to.

Mostly ‘no’: You are probably a Roman Catholic and are subject to some persecution, but only if you really want to be the Queen.

All ‘no’: You are an Anglican Christian and you are not being persecuted. Congratulations! 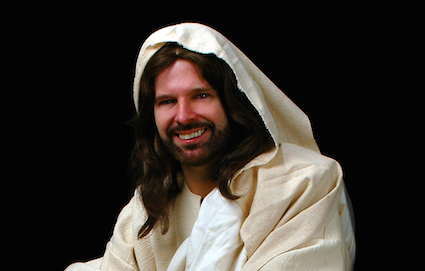 Much like Dave Grohl, I have a number of side projects on the go, of which Easter is my personal favourite because I love chocolate.

You simply cannot beat it, especially when moulded into an ovoid shape then packaged in a colourful laminated box.

Sadly however, my parables about which chocolate eggs to purchase were not included in the Gospels. So here goes:

“Little children, keep yourself from false idols,” John the Baptist used to say, and those words are most apposite when it comes to this egg. For though it has the aura of the divine, is decorated all fancy and comes with truffles, it must always be remembered that Thornton’s chocolate tastes a bit weird.

Because I have two fathers, the Lord Almighty and the Holy Ghost, I always get two eggs at Easter. But while God gets me a celestial egg with infinitely delicious chocolate, the Holy Ghost always gives me a white chocolate egg to be ‘different’, no matter how often I explain that it’s an abomination, much like the remake of The Wicker Man.

The foolish who will never enter the Kingdom of Heaven think an egg with a mug is better value. But I speak truly when I say that mug will soon be abandoned at the back of the cupboard, where God’s glory shines no light.

This egg is most pleasing to my sight because of the cool yellow digger box it comes in. But just as Ecclesiastes 10:8 says, whoever digs a pit may fall into it, and so the seductiveness of the digger may blind the faithful to the truth that Yorkies once had six chunks but now they only have five. Oh, and the registration plate on the digger doesn’t say EGG4U like it used to.