JESUS has settled the argument on tax avoidance by stating, uncategorically, that it is a good thing.

The messiah was forced to intervene after MPs said that television stars were avoiding tax that could have been used by MPs to buy televisions.

The Son of God said: “Tax is a necessary evil. By which I mean it is vaguely necessary, but definitely evil.

“The only reason we have tax in the first place is because you lot have no idea how to live with each other. Or to put it another way, you have not listened to a fucking word I’ve said.”

He added: “When I said you should render unto Caesar that which is Caesar’s, I didn’t mean you shouldn’t use an accountant.

“And so the next time some fucking politician tells you that you’re not paying enough tax, simply say unto them, ‘give me your massive television you despicable piece of shit’.”

Tom Logan, from Hatfield, said: “No-one should be avoiding tax except me because I have it harder than everyone else.”

Logan was then killed by Jesus, using a karate chop. 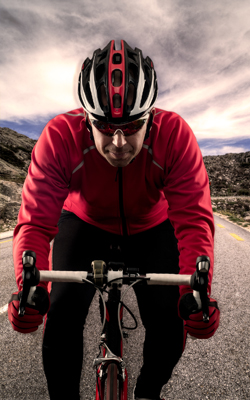 BRITAIN is in the grip of a deadly addiction to bicycles, according to new research.

As bike-pusher Halfords reported record sales, experts said the liberalisation of cycling laws had created a generation who may as well be French.

Professor Henry Brubaker, of the Institute for Studies, said: “There are now hundreds of thousands of people in this country who are of no use to anyone except Halfords.

“You would not want them in your place of business and the idea of having one in your home turns the stomach.

“They come in dripping with sweat and self satisfaction and then steal money from your secret jar so they can buy disgusting shorts.

“I feel particularly sorry for parents who did their best, only for their child to come home one day full of horrible, boring environmentalism.”

Brubaker said that anyone who campaigned for cycle lanes to be legalised should have their houses confiscated and accused the BBC of glamourising bicycles.

He added: “If you watch the One Show it seems every other person is being handed an Olympic gold medal just because they can go a bike faster than a German.”