Baby desperately wants to untag itself

A BABY has been trying to remove itself from Facebook, it has emerged.

Six-month-old Wayne Hayes has been trying without success to delete images from social media, despite having tiny un-coordinated fingers and limited access to computers.

The baby’s father, Brian Hayes, said: “At first we thought he was finally going to roll over, but at the last minute he lunged for the iPad which his mother had left open on Facebook. He went straight for a photo of him wearing a t-shirt with ‘Keep Calm And Feed Me’ on.

“Last week I left my phone near his cot, playing lullabies. I turned around for one second and he’d tried to report a post in which his aunt referred to him as ‘lil’ man’.

“We don’t know where it comes from. All his family loves social media and constantly post pictures of themselves.”

Child psychologist Nikki Hollis said: “We are now seeing more infants struggling to dissociate themselves from moron relatives. In some cases they want that more than milk.”

All-day drinking proved to be impossible 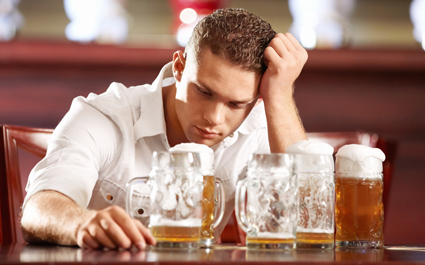 THERE is no such thing as all-day drinking, it has emerged.

Professor Henry Brubaker of the Institute for Studies observed more than 700 attempts to begin drinking at 11am and continue for 12 hours, none of which succeeded but 98.85 of which thought they had.

He said: “I realised some years ago, after a friend claimed to have done an all-dayer even though he returned home at 6.15pm, that all-day drinking had never been observed under laboratory conditions.

“Experiments showed that participants, all of whom either switched to soft drinks, passed out or simply went home, were consistent in their belief that everyone else had continued the session without them.

“In fact no session lasted longer than eight hours, and even when forced to with electric shocks drinkers who continued through five o’clock hangovers reported that all sensations of intoxication were gone.

“All-day drinking has never happened. Like religious experiences, it is merely a mass hallucination of the human mind.”

Nathan Muir of Cardiff said: “All these years I thought it was just me.

“Now humanity can finally start to be honest about its alcohol capacity.”