A BABY has been flaunting his rapidly sprouting hair follicles in front of his balding father, it has emerged.

Three-month-old Tom Logan is relishing the irrepressible growth and vitality of his burgeoning mane, as his father’s scalp becomes more and more visible every day.

Logan said: “Dad’s head is shiny on top with depressing patches of greying hair round the sides, whereas my head is covered in cuter-than-cute wisps of perfectly soft, richly hued baby hair.

“My bald spots are charming and simply a temporary part of my ever-upward developmental trajectory, whereas dad’s are a sad and constant reminder of his dwindling life force.

“I’m the guy with good hair in this house now. Mum knows it – I don’t see her lovingly stroke his remaining few hairs”.

Logan’s father Phil said: “All that baby does is remind me of my slowly decaying body.

“The gummy little sod should enjoy having a growing head of hair while he can, because in twenty-nine years his hairline will start to recede and carefree joy as he knows it will be over for him.” 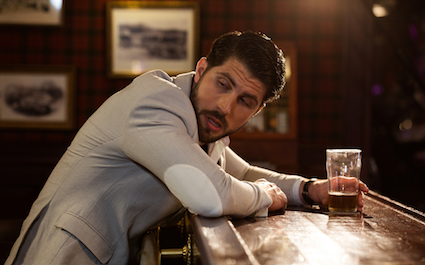 A MAN who is hammered after two pints still claims it is a ‘medical problem’, friends have confirmed.

Junior solicitor Nathan Muir has proved unable to manage more than an hour down the pub without being visibly smashed, but continues to insist this is because of alcohol intolerance.

Friend Martin Bishop said: “I was with Nathan the first time he got paralytically drunk on half a bottle of Echo Falls rosé and vomited in my mum’s pond. Nothing’s changed.

“But, ridiculously, he still claims he experiences an ‘unusual reaction’ to alcohol rather than simply admit that he’s a complete fucking lightweight.

“I’m not sure medical science can yet explain why a hypersensitivity to hops would make a sufferer red-faced, rambling and belligerent after two pints of Stella, but perhaps Nathan knows more than they do.

“And the next day’s text saying he can’t believe he feels so dreadful given that he didn’t drink that much, saying it’s his ‘syndrome’. I’ve told him it’s because he gets pissed quicker than a Yorkshire terrier but he’s having none of it.”

Muir said: “You’d think this terrible accident of body chemistry would stop me drinking. But I won’t let it beat me.”