CRUFTS, the world's biggest dog show, last night shrugged off recent controversies and went back to basics by awarding the top prize to one of those weird little dogs that looks like a deformed rodent.

This year's supreme champion is a Sealyham terrier, which is a four-way cross between a Philippine Forest Rat, an Australian Swamp Rat, a Jack Russell and a baked Alaska.

Charmin, short for Charmin Ultra-Strong Two-Ply Diamond Weave Toilet Paper, will now spend the next 12 months being relentlessly man-handled and photographed for reasons known only to its owner.

Crufts has had a turbulent year after a hard-hitting documentary about the inbreeding which leads to the sort of people who make their dogs compete in shows.

Tom Logan, managing director of petfood manufacturers YummyGravyDonkeyChunks, said: "I watched these people prancing about the ring and I thought 'have you really got nothing better to do? Because
I'll tell you what, the dog does'.

"We commissioned a study last year which showed that dogs were not terribly keen on being driven across the country in a crate for 12 hours before being felt up by a retired magistrate.

"All the available evidence suggests that pretty much the only thing a dog wants to do is run around a field eating a wide variety of faecal matter before throwing it up and eating it again."

An RSPCA spokesman said: "Why do they always give the prize to these weird, scary little mutants? What's wrong with a nice Labrador or a Spaniel with an ordinary name and nauseatingly disgusting character traits. Crufts is rubbish." 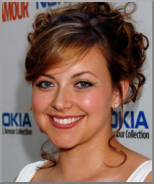 Italy
The only thing I knows about Italy, see, is the fact they make Lambrusco. I bloody loves Lambrusco, and so does Bronwyn, who drank a five litre bottle whilst playing my new Wii Drinking Game. Oh yes, and I once got a dead posh frock from this bloke in Milan, once. The only thing I had to do in order to get it, like, was sing this bloody awful opera song about some stupid cow called Carmen Miranda what works in a fag factory.

Scotland
I loves the Scottish people – they're a bit like us in some ways: drink straight from the can or bottle, no messin' – and they enjoys a big bag of bugger-off chips on the way home from the pub, isn't it. Only one thing I'm not so sure of is this deep fried Mars Bar thing – I mean what the bloody hell is that all about? Deep fried saveloy (what looks like my Gav's cock by the way, which is lush) that's ok, deep fried haddock, no problems, but a chocolate bar ? It's a bit mental if you asks me.

England
I bloody hates the English – they're a bunch of bloody posh twats. All their rugby players are called 'Rory' or 'Will' or piggin' 'Josh', and they all went to public school (according to my Gav) where they all got bummed by their PE teachers and spent most of their time toasting crumpets on each another's arses, isn't it. I've also been told that the English boys drinks bottled water after the game – and I thought my Gavin was a lightweight! Three halves of Brains and he's singin' Duffy tunes, pissing in the pockets of the pub pool table and issuing an apology to the press the next day.

France
I don't mind the Frenchies. Cerys once shagged the Toulouse XV after a Heineken Cup game. She reckoned they behaved like proper gentleman and everything. They even changed the condom when they got to the Number Eight – now there's posh. They also makes lush wine – and it's dead cheap. I remember once, Mam, Auntie Ruth and myself went on one of them Booze cruises – now the trouble is, my Auntie Ruth thought you had to drink the bloody lot on the boat, so by the time we gets back to Dover, we'd drunk and smoked our allowance which meant we had to go back on the very next ferry, in order to stock up again!

Ireland
The forwards have melded into an experienced, and some would say fearsome unit. With a backline which can boast inventivness and real pace, the Irish are now the only team with a chance of picking up a Grand Slam. The cockin' bastards.