Bath or baarth? The pronunciations which divide our nation

NOTHING splits our proud island nation like the pronunciation of certain trigger words. Here are five words that separate Southern wankers from Northern scum:

Easiest to view through the prism of TV property shows. On Homes Under the Hammer, the auctioneer enthuses about how only three ‘rooms’ in the property have chronic damp. While over on Grand Designs every Barney and Alice bangs on about the ‘energy’ each ‘rum’ in the black cube they’re building in East London for £6 million has.

So keenly contested and so all over the place. Scone like cone or scone like gone? It’s driven a wedge into our nation for far too long. Only in Britain could the ingredients of a pensioner’s cream tea be the likely cause of the next civil war, and that’s before you get into whether you put the jam or cream on first.

Book as in luck or book as in spook? It’s the key question in the literary world, apart from ‘Why didn’t we all put shagging in our novels and sell shitloads like Sally Rooney?’ It’s such a fraught issue that we should all stop reading books entirely and wait for them to come on TV.

Strictly, and Craig Revel-Horwood’s criticism of various celebrities’ ‘darncing’, has brought this to the fore. Tess Daly stands out as the sole short-A in the entire thing. To redress the balance they need a Northerner on the judging panel. Sean Bean seems the easy option.

The coke snorters are your f**king voters, Tories told 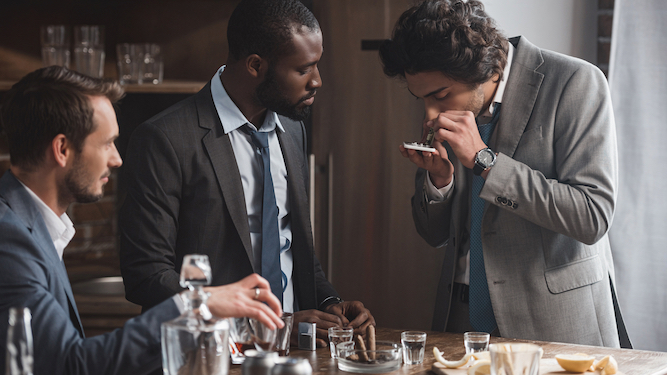 MIDDLE-AGED middle-class affluent recreational class A drug users are your f**king voter base, they have explained to the prime minister.

The country’s after-dinner snorters have advised the Conservative party that if they lose their passports and driving licences, Johnson will very swiftly lose his 80-seat majority.

Julian Cook of Swaffham said: “Who do these twats think is snorting three grams on the balcony of their London penthouse with a Slovenian model whose name they can’t be arsed to remember? I’ll give you a clue. It’s not Lib f**king Dems.

“And it’s not just the rich. All those England supporters at Wembley, taking a bump then sticking flares up their arses? Ardent Remainers, you reckon? Or perhaps not?

“Snorting coke gives you impregnable self-confidence and instills in you the urgent need to make as much money as you possibly can to get more coke. These are the Tories’ core values.

“Take my passport? Piss off. How many videos of Boris doing a line must be out there? Hundreds. Thousands. Millions.”