Bigotry not a legitimate thing to be proud of

HAVING a racist attitude is not something you can reasonably boast about, it has been confirmed.

Professor Henry Brubaker of the Institute for Studies said: “More and more racists seem to be inexplicably proud of their hate-based mindset.

“But if you look at the things that should be sources of pride, most of them are quite difficult to achieve or involve some level of bravery, whereas being a racist is really easy.

“It’s not like you’ve done some research that will be instrumental in eradicating terminal illness, rescued someone from a burning building or even flown a fighter plane in World War II to stop the racists winning.”

Former racist Stephen Malley said: “I used to go around waving banners and acting hard, because I thought racism was something people really looked up to.

“I was never really into the racism anyway, it was more the social side, but all my new friends turned out to be dicks.

“Now I am a nurse and weirdly people do sometimes look at me the way I had always hoped.” 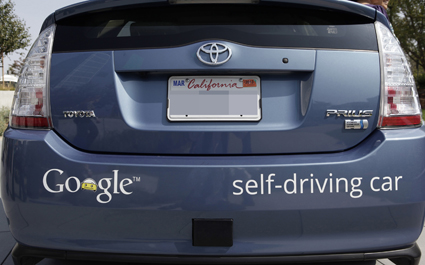 THE era of the driverless car means people will have to find other ways of venting their selfish, red-faced fury, it has been claimed.

Experts are concerned that the creation of hi-tech driverless vehicles means millions of humans will have no outlet for their bitter frustration with the world.

Psychologist Wayne Hayes said: “Getting angry with other drivers isn’t really about them failing to indicate, it’s about telling the whole of life to fuck off while safely strapped into an armoured box.

“It may be that road rage is the flimsy fabric of swearing that holds society together.

“So what happens when our roads are full of quietly gliding automated vehicles? One suggestion has been the installation in London of ‘Boris Buckets’ which frustrated ex-drivers could rent by the hour and scream obscenities into.

“Another idea is to make Stoke-On-Trent into a giant pedal car circuit. They could gesticulate and crash into one another until their bones become too old and fragile.

“Alternately we could weaponise former drivers by telling them that IS plans to introduce traffic calming and 20 zones around the globe.”