Birthdays cancelled for a month

ANYONE unlucky enough to have a birthday in the next month might as well not bother, research has shown.

Birthdays between December 12th and January 12th are widely believed not to matter because they exist in the shadow of Christmas and New Year celebrations.

Professor Henry Brubaker, of the Institute for Studies, said: “Nobody will be buying these people a birthday present, instead upping the spend on Christmas by £5.

“Nobody will attend their party because they are already at parties. There will be no night out, unless it’s the normal night out with ‘and Shelley’s birthday’ tacked on the end of it.

“They won’t even be able to get the day off because everyone has already booked it for shopping.

“And if you are born after January 2nd, nobody has any money for the next month including you. Forget about it.”

Tom Booker, who was born on December 22nd, said: “When I was a kid I tried to have an Unbirthday on June 22nd but it just made everyone hate me even more.

“At least everyone’s out the pub for mine. If you’re born in August that’s the school holidays so it doesn’t even count.” 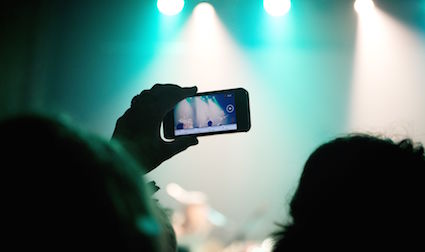 SMARTPHONE footage of a Jamie T gig has been acclaimed as superior to actually being there.

Friends of 22-year-old Nathan Muir, who spent the entire 90-minute concert with his phone held high, are currently watching the footage for the fifth consecutive time.

Joanna Kramer said: “From the opening song, where the camera’s contrast is overwhelmed by the bright lighting and literally nothing can be made out, to the moment when the battery dies at the start of the first encore, it is spellbinding.

“Deciding to film random bits of the support act, long gaps between songs and frequently the filthy floor of the venue made it so much more atmospheric.”

Muir said: “Sometimes you feel like you’re wasting your time recording an entire gig with a microphone which reduces music to white noise, so it’s great to have an enthusiastic response.

Muir is already planning his next project, an ambitious attempt to shoot The Who’s Hyde Park concert next summer from approximately 700ft away from the stage.