A BMW driver has been hospitalised after more than a minute’s exposure to music that was neither classic nor rock.

43-year-old Tom Logan was driving at 90mph on the M1 when he suddenly realised that his shuffled playlist had finished and he was hearing music that was not only made recently but by women and not using guitars.

“But this was neither. I swerved wildly across three lanes of traffic, trying desperately to get it off before its terrifying modernity penetrated my brain, just managing to wedge an Aerosmith CD into the slot before I hit a family car and mercifully blacked out.

“I’m being treated with courses of 70s Floyd, Led Zep and Eagles and I’m expected to make a full recovery. But it’s a terrible shame about my car, and I suppose the other 18 vehicles involved.”

Logan added: “What on earth is a ‘Dua Lipa’? And more importantly, why?”

The pros and cons of running away to join the circus 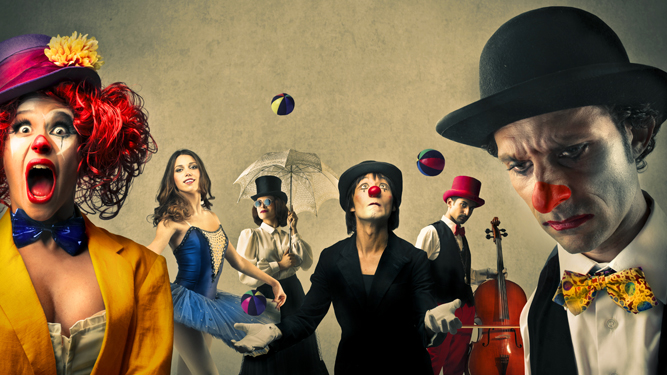 YOU think about it most days, but how good would running off to join a circus really be? Here are the main pros and cons.

Right now you work in an office and consider it soul-destroying. If you ran away and joined the circus, you could fly through the air and land on trapezes and be cheered by the joyous crowd. But also you might fall off the trapeze and die, or become permanently injured and have to sit in a booth selling out-of-date popcorn.

Right now you have a beautiful partner who puts up with all your moaning and makes you feel special, but if you ran away and joined the circus you could start a relationship with a knife throwing bearded lady or maybe a camel.

You are obviously the strongest person in your office. That pretty much goes without saying. But if you ran away and joined the circus you would have to compete with an actual professional strong man. And trapeze artists are strong too. So are clowns and seals. They might beat you up.

So should I join the fucking circus or what?

It’s up to you really. You could just start your own circus in your spare time and see where it goes, although be warned that running a circus is surprisingly time consuming and lions need regular worming.