A MAN is completely certain that everyone apart from him drives like a total w*nker, it has emerged.

While driving on the M1 in his BMW, Martin Bishop once again explained that all humans except him are incapable of using the road properly via a stream of foulmouthed shouting.

Bishop’s girlfriend Sarah said: “You know what’s more annoying than other people’s slightly bad driving? Being trapped in a car with someone who thinks he’s Lewis Hamilton.

“He just called a little old lady a ‘dried-up old bitch who should hop in her coffin’ because she wasn’t going fast enough for his liking.

“If you’ve ever fancied going for a drive with the Incredible Hulk, ask for a lift from Martin. It’s broadly the same experience of never knowing when he’s going to go into rage mode.

“He’s been like this ever since he got the BMW. I’ve been seriously considering jumping out of the window just to get away from him.”

Bishop was unavailable for comment because he was too busy calling a Ford Ka driver a “f*cking useless sh*tting nutsack”, although obviously the other driver could not hear him. 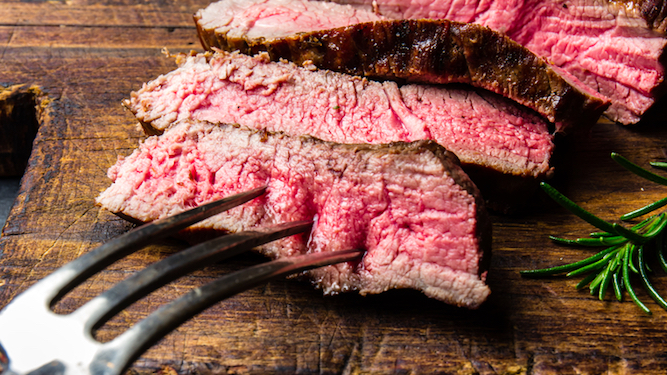 BRITAIN’S men are feeling oppressed by having to order steaks with loads of blood in order to look manly.

Millions of males who like their steak properly cooked are so scared of looking effeminate they are pretending to like what is essentially raw meat with a mouthful of lukewarm blood.

Man Wayne Hayes said: “I was at a steakhouse with friends and all the other lads opted for rare, but I like mine well done. I stuck to my principles and ordered that, but I could see the chefs laughing and I knew what it was about.

“I felt a distinct sense of mistrust at the table, and Karen and Rachel barely spoke to me. Next time I’ll do the sensible thing and order a lump of practically raw cow muscle even if I barf it up everywhere.”

Anthropologists have speculated that the practice of eating rare steak dates back to when humans had fewer ways to prove you were hard.

“However nowadays the rare steak obsession is b*llocks. You wouldn’t order chicken rare, although I admit you’d have to be pretty hard to do that. And mental.”