Brexit or Remain: how will Operation Yellowhammer affect you?

THE Operation Yellowhammer no-deal contingency plan will affect Britons differently according to their referendum vote. Here’s how:

Remainers will struggle to obtain their pampered elite staples like quinoa, sourdough, and milk. Brexiters can continue to enjoy honest staples like Fray Bentos pies, tins of all-day breakfast and Ben Shaws cherryade without fear of rationing.

Staunchly independent Brexiters who fight their own battles and don’t run crying to the NHS every time they get a twinge won’t really notice this. Even if they die, they’ll die free. Once again it’s weak Remainers with their medications and conditions who’ll suffer.

Tricky – but as farmers are apparently going out of business after Brexit so even if we run out of normal diesel there will be plenty of red diesel to go around which is much cheaper. So once again win-win.

A riot is just an exuberant street party if you know how to handle yourself, as anyone who voted Leave can. Remainers, meanwhile, can expect to get their heads kicked in, their cars burnt out and all their possessions stolen. They can hardly say they don’t deserve it.

Two days to cross the Channel

A four-day booze cruise, most of it spent on the M20, is not predicted to be any deterrent to Brexiters who will no longer have jobs to go to anyway. And a two-day waiting period for Remainers trying to holiday in Europe gives them chance to reconsider their unpatriotic decision. 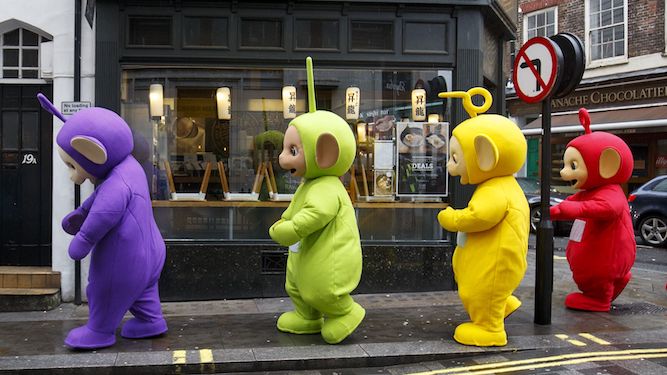 FIREMAN Sam has been fired for not being inclusive, and being Welsh besides. And he’s far from the only problematic children’s character:

Seemingly respectable Tory Mr Benn visits a bizarre costume shop and steps out into a fabulous new world as a medieval knight or astronaut. Yet another metaphor for homosexuality focused on wealthy cis male gays in London.

Daddy Pig may be a vainglorious incompetent treated as a figure of fun like Boris Johnson, but like Boris Johnson he’s still in f**king charge. Reactionary nuclear family propaganda which has yet to show Madame Gazelle admonishing Danny Dog for his toxic masculinity.

Once thought to be a valuable educational tool about maritime sexuality, legal action has proved it to be one more story of criminal colonisers with a sexist recruitment policy for badly animated female cartoon pirates.

Tokenism at its worst. While Tinky Winky is out, he fails to embrace a radical queer agenda and merely confirms the prejudices of his straight housemates by carrying a handbag. Teaches children nothing about asking strangers their pronouns, even though the target audience is two.

It’s hard to escape the sense of male entitlement as Rupert plays in the woods as if he owns them while father smugly smokes his pipe like climate change isn’t real. And the less said about Pong Ping the Pekingese the better.