BRITAIN has condemned small talk as idiotic and pointless and called for its immediate abolition.

The country wants small talk to replaced by medium talk, leading eventually to only ever talking about big things that actually matter.

Medium talk pioneer Tom Logan said: “For centuries British people have spent their first minutes together discussing the details of their journey, or exchanging generic observations about sport or clothes.

“Let’s at least begin with a forthright opinion about a television programme or telling the other person they do not look well.”

Medium talk is due to graduate to big talk in 2018 with new acquaintances easing into conversation with a string of massive, irresolvable questions.

Logan added: “It will be normal to greet a new person by shouting ‘Will there ever be a lasting peace in the Middle East?’ or ‘If there wasn’t a God wouldn’t humanity need to create one?” 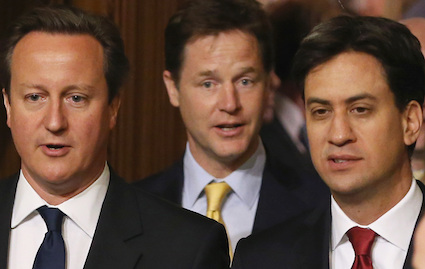 USE of the insult ‘prick’ is at its highest level since the late 1980s, researchers have found.

The once-popular ‘prick’ fell into disuse, replaced by other penis-based insults including ‘bellend’ and the evergreen ‘tool’, but has found itself enjoying a resurgence.

Etymologist Dr Helen Archer said: “When we call someone a bellend, a tool or even a dickhead, there’s the possibility they may just be foolish or inept.

“Meanwhile, the double-edged sword of ‘wanker’ can refer to either self-satisfied pomposity or pathetic, solitary onanism.

“But shouting ‘prick’ at someone on the television, or a speeding Audi driver, defines them succintly and completely.”

The return of the insult, which has been in decline since that Halifax advert where the prick who lives in a warehouse goes to get milk, is a response to changing political and social conditions, Archer believes.

She said: “Britain was full of jumped-up pricks in the 80s, whereas the 90s was the Age of the Arseholes.

“There is, once again, an unmistakable prickishness in the air.”