SNP developing its own flag and salute

THE Scottish National Party is to develop its own flag and a special salute for party members.

The SNP said the flag will be used on ceremonial occasions, such as rallies, marches and on every public building on every day of the year.

Early ideas for the flag include a white circle on a blue background with a black thistle in the centre.

Party leader Nicola Sturgeon said: “We had this massive rally in Glasgow a few months ago and I thought, ‘Jesus, this feels amazing’.

“We’ve nothing against the saltire, it’s a lovely flag, so this new one will compliment it. At least for a while anyway.”

She added: “The salute could be people clapping their hands above their heads a couple of times, like they were at a Suzi Quatro concert.”

Meanwhile, experts said the prospect of the SNP winning every seat in Scotland was ‘incredibly healthy’.

Julian Cook, professor of politics at Edinburgh University, said: “A nationalist movement dominating its society in every way. Who in their right mind does not think that’s a brilliant idea?”

Church to invest in something other than oil or poor people 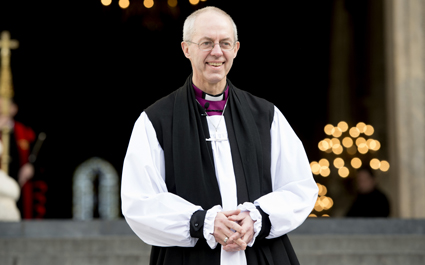 THE Church of England is to sell its shares in fossil fuel companies and continue to not give that money to the poor.

The Church said climate change was an ‘existential threat’ to the human race, ‘especially if you’re poor, which must be awful’.

The Archbishop of Canterbury said: “We will sell the shares and invest the money in nice things like trees and pharmaceutical companies who specialise in anti-depressants.

“Poor people love to climb trees and if no one is looking they could cut one of the trees down and use it to make furniture that they could sell at a market.”

He added: “I don’t why we don’t just hand the Church’s millions of pounds to poor people. Nobody does, but it’s too late to start now.

“And I’m sure Jesus would understand, because he also loved to climb trees.

“Well not trees, as such, but large bits of wood.”