BRITAIN is to abolish its 900 year-old university system after finally realising it is a complete waste of everyone’s time.

As angry students demanded the right to help themselves to other people’s money, MPs backed an amendment to the government’s higher education funding proposals to just scrap the fucking thing.

Business and skills secretary, Vince Cable, said: “I tied myself in knots trying to sort this shit out before finally realising it was all utterly useless anyway. Bollocks to it.”

However the measure was passed with only a slim majority as Labour MPs and many Lib Dems realised that the only people who vote for them these days are students or people who wish they still were.

Professor Henry Brubaker, director of the Institute for Studies and a long time campaigner for the abolition of universities, said: “Hospitals can train doctors, law firms can train lawyers, journalists can be trained by children and sociologists can train themselves by watching television for six hours a day.

“The vast majority of ‘careers’ are complete bullshit anyway. Sending people to university just means you get pointless, bullshit jobs being done by someone who has spent three years and thirty grand turning themselves into an arse.”

He added: “Instead of pissing Â£7bn a year at it, just give everyone the cash back and let them spend it on bad clothes and small and medium sized electronic items, which – in case you hadn’t realised – is the point of the whole fucking system in the first place.

“Does it actually matter if the person who bought the i-prefixed device has a degree from the University of Roehampton? Let’s ask Apple, shall we?”

An Apple spokesman said: “No, it doesn’t.” 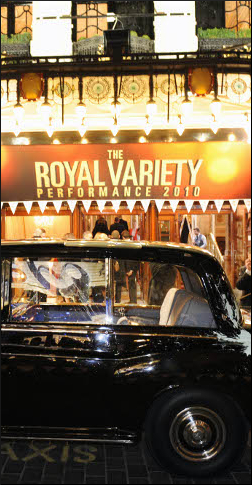 PRINCE Charles and the Duchess of Cornwall were badly shaken last night after their car was attacked by masked thugs, violently opposed to the Royal Variety Performance.

The couple’s Rolls Royce was pelted with missiles near the Palladium Theatre in London’s west end by a gang of left-wing anarchists who believe the annual charity show has become far too varied.

The protesters shattered a window on the royal limousine as puzzled television viewers across the country asked why the Special Branch royal protection squad didn’t just shoot the fuckers.

But Charles and Camilla escaped unhurt and then defied the protesters by bravely watching more than 250 different acts all doing completely separate things.

A spokesman for Socialist Action Against Variety, said: “This is the price the Royal family must pay for years of endorsing annual shows with far too many performers.

“One day our docile, materialist society will realise that performances should either be given by a single artiste or, if multiple artistes have to be involved, then they should all perform the same song.”

The group emerged from the shadows earlier this year when masked hooligans overturned a Variety Club Sunshine Coach full of children on their way to the seaside and then petrol-bombed Jimmy Tarbuck.

The left-wing maniacs have warned that unless the planning committee for next year’s Royal Variety Performance is disbanded they will keep phoning up Susan Boyle while she is trying to watch Crime Scene: Navy Crime.

The royal attack was the culmination of a day of multiple protests in central London including a demonstration by the British Anti-Christmas Tree Society and the Campaign to Piss on Winston Churchill and Call Him a C***.

The Duchess said: “I’m fine, thank you. At least the driver wasn’t shit-faced.”